How to Make Fallen Logs and Trees - The Way of War

Home  /  How to Make Fallen Logs and Trees
I didn't take a picture at an early stage for this little hill but it was pretty simple. I just had a small cardboard base, then crumpled up some newspaper balls and then put the screen mesh over the balls and stapled them down. Then applied plaster over top of it to make the hill. For the actual log effect I cut up these cardboard rolls left over from Christmas wrapping paper and then just covered them in plaster with the plastic putty knife and just by accident I found that it created that cool effect on them making them look like real logs. The plaster was enough to hold them in place I didn't need to use glue. 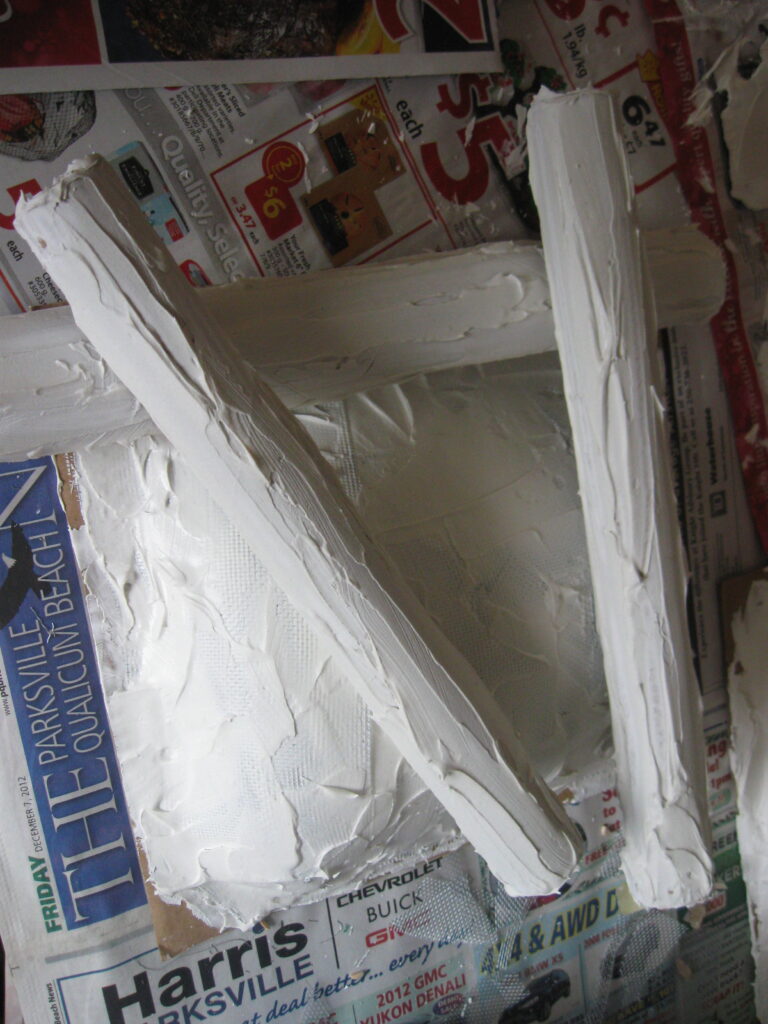 When making my regular trees I usually just tape toilet paper rolls together, then cut holes at random intervals with an knife then just stick in pieces of branches. My goal is have it so that the tree can fit figures in them, but not to put any foliage on the trees itself so that figures can still be seen. I'll use tape to hold the branches in place and then drop glue on them. Then remove the tape and paint when done. I really should've done a layer of plaster on them too like I had done for the logs, but I could always do that in the future to give the trees that nice textured look. The plaster might also help the branches stay in place too. 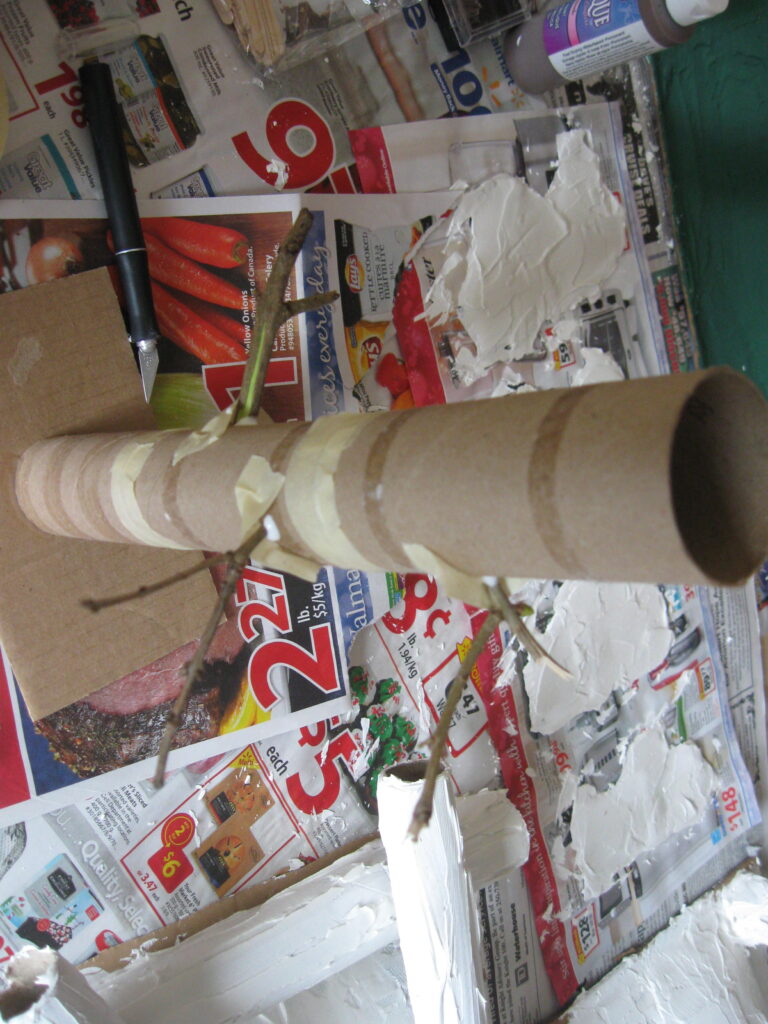 Here's the early stage of painting one of the hills. I had also decided to put a fox hole in this one. So I created a wall with cardboard and then placed paper balls alongside it with the screen mesh running over top of it. The majority of the hill is green, but the inside will be a light brown much like the base of the tree. The logs will be a dark brown like the tree itself. 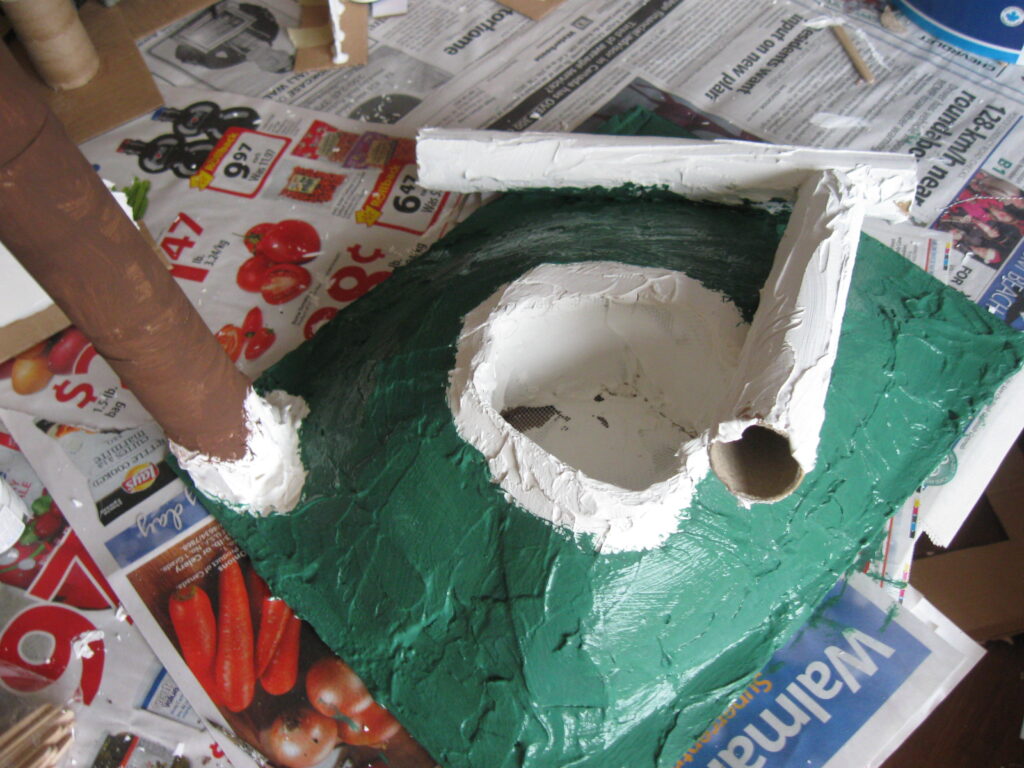 Here's a picture showing the two smaller hills in the background with the various logs and trees. This was before I started adding mosses to the bushes, it really does have that wilderness forest feel to it. The more foliage you decide to add to it the better it'll look. So if you want a more diorama/story to it, that might be what you want, but if you are just creating pieces for wargaming than what you see is more than adequate. Now there's the condition card for the various pieces of terrain. I'll add a photo that includes them so that a gamer can see how cluttered the battlefield can become. 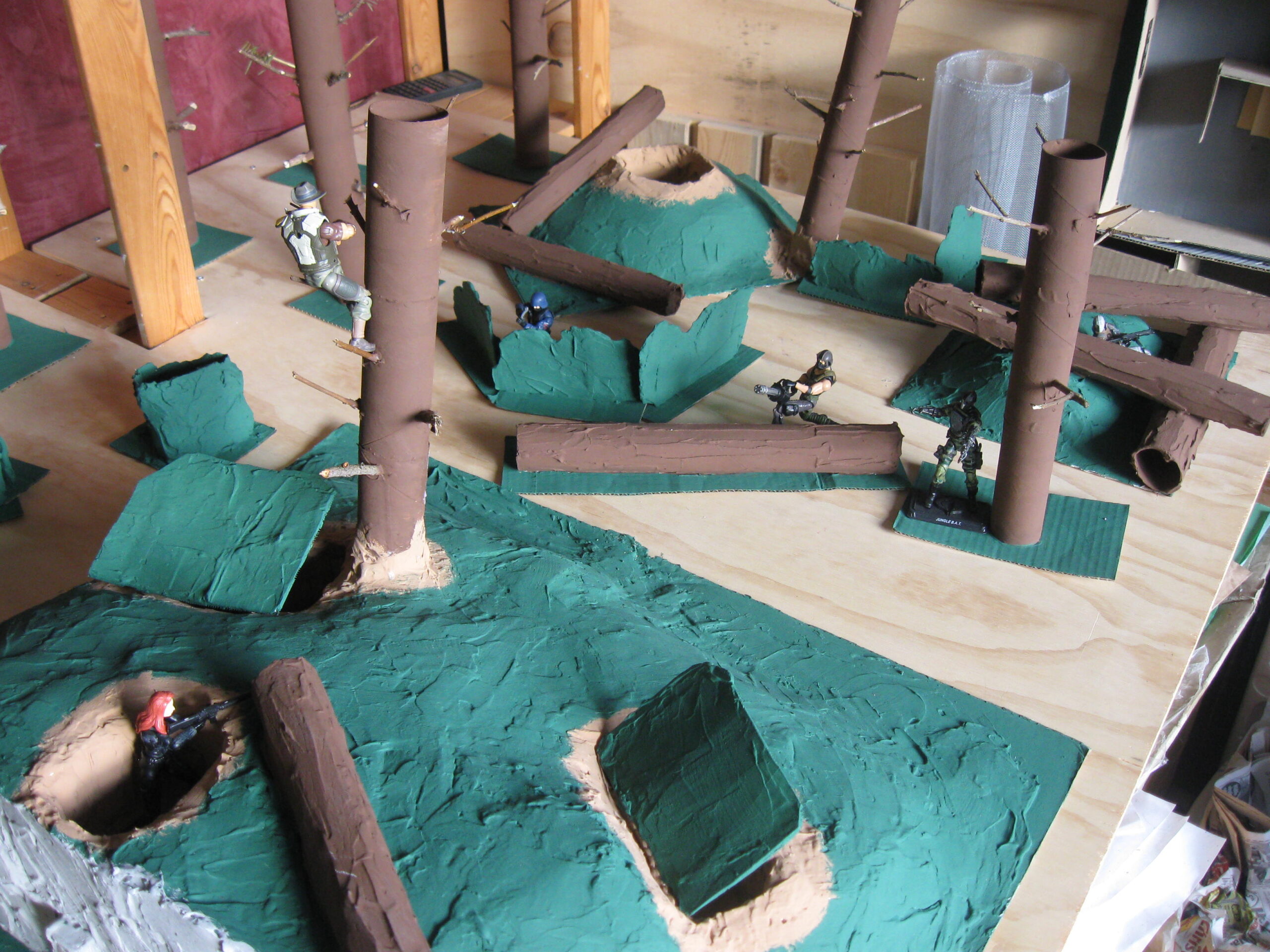