Bruder Ambulance - The Way of War

I haven't seen many people do  reviews of Bruder vehicles which GI Joe action figures so I thought I'd show off the two that I got, first up is the ambulance. 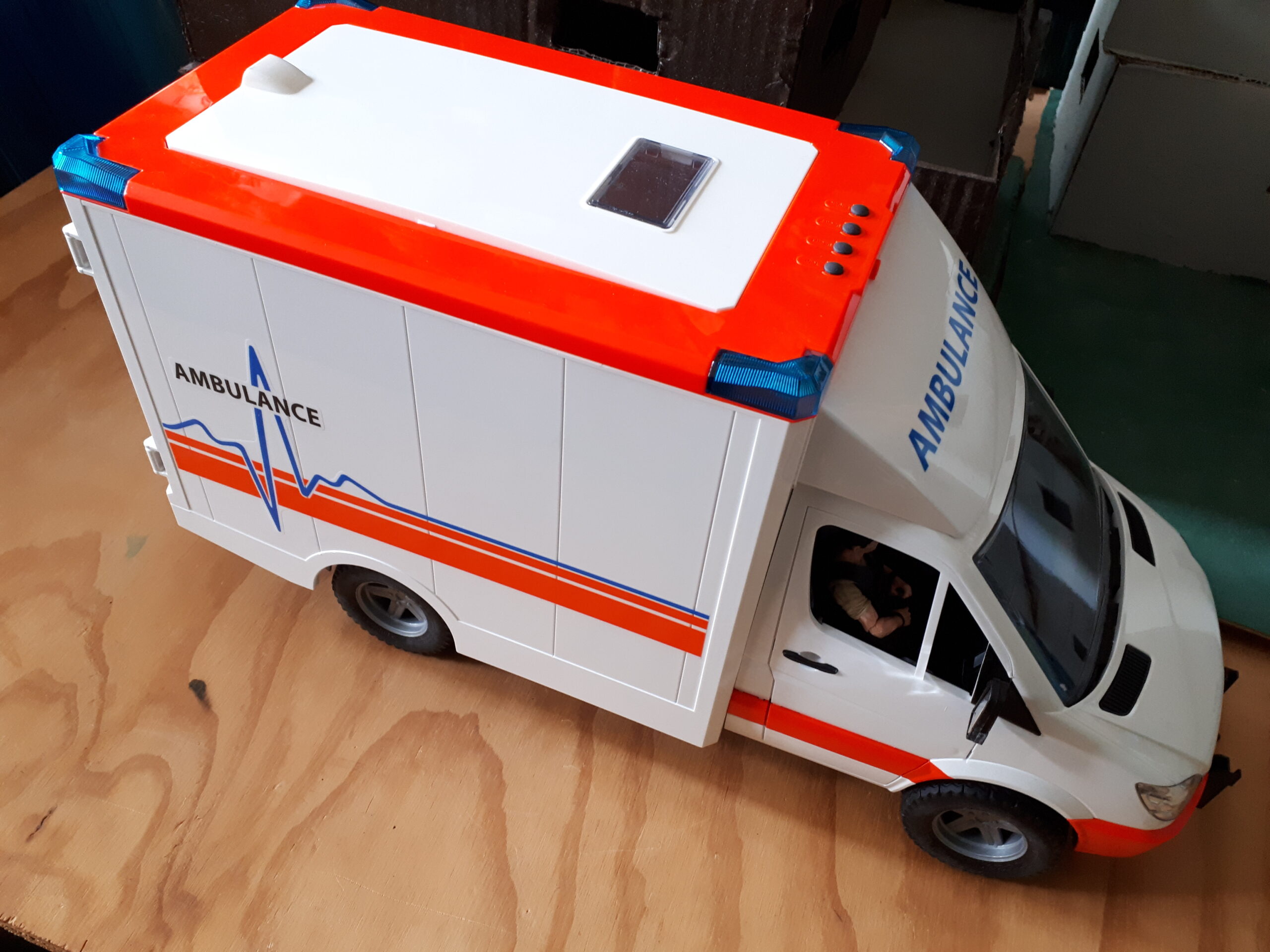 First impressions are that this thing is huge. Now it is supposed to be 1/16th scale, but I suspect it's even bigger than that. Though it doesn't look as big when you have your figures inside the vehicle, just when they are outside the vehicle looking in. 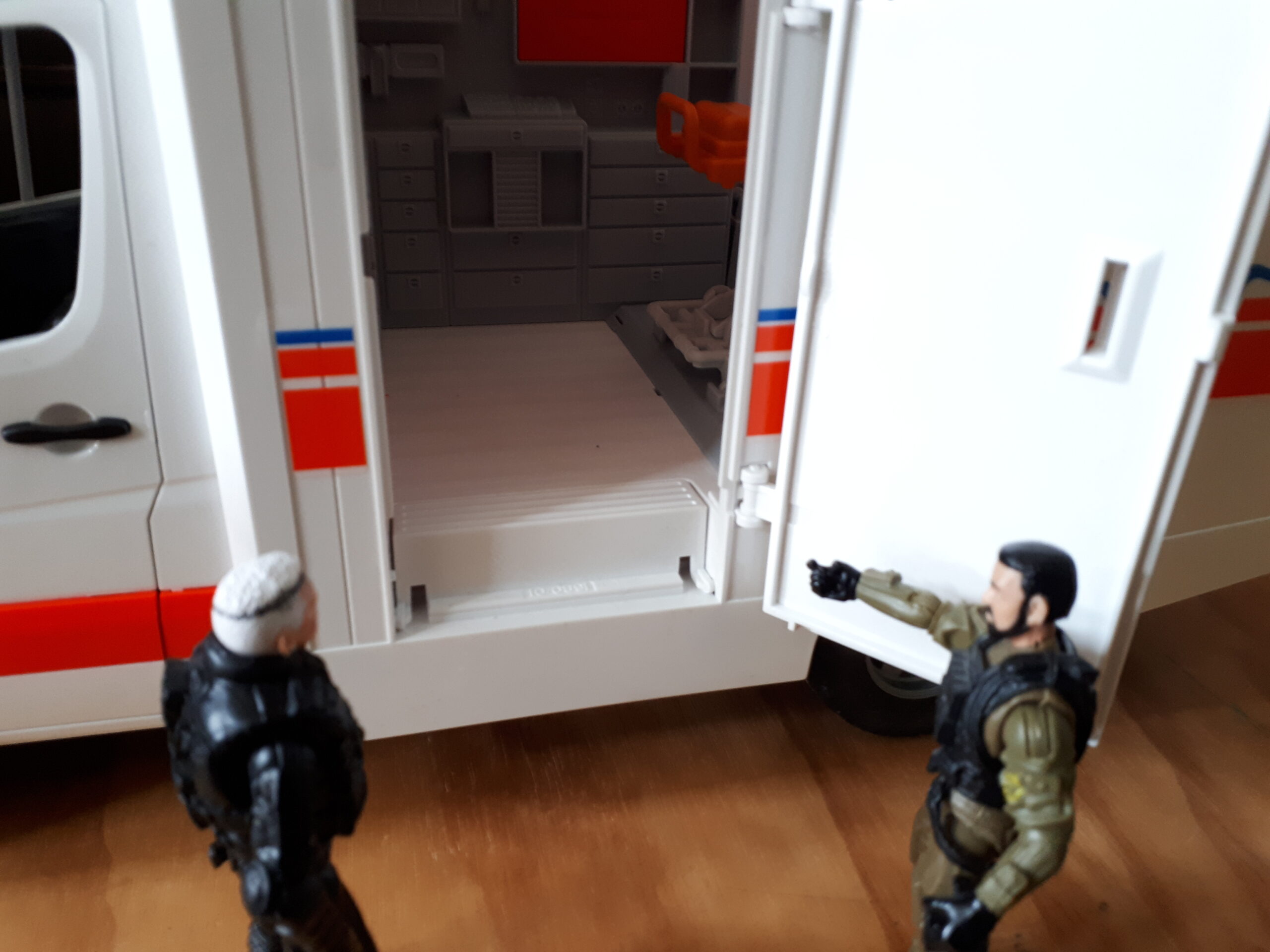 They look so tiny in comparison, right? But once you get them inside it looks a lot better. 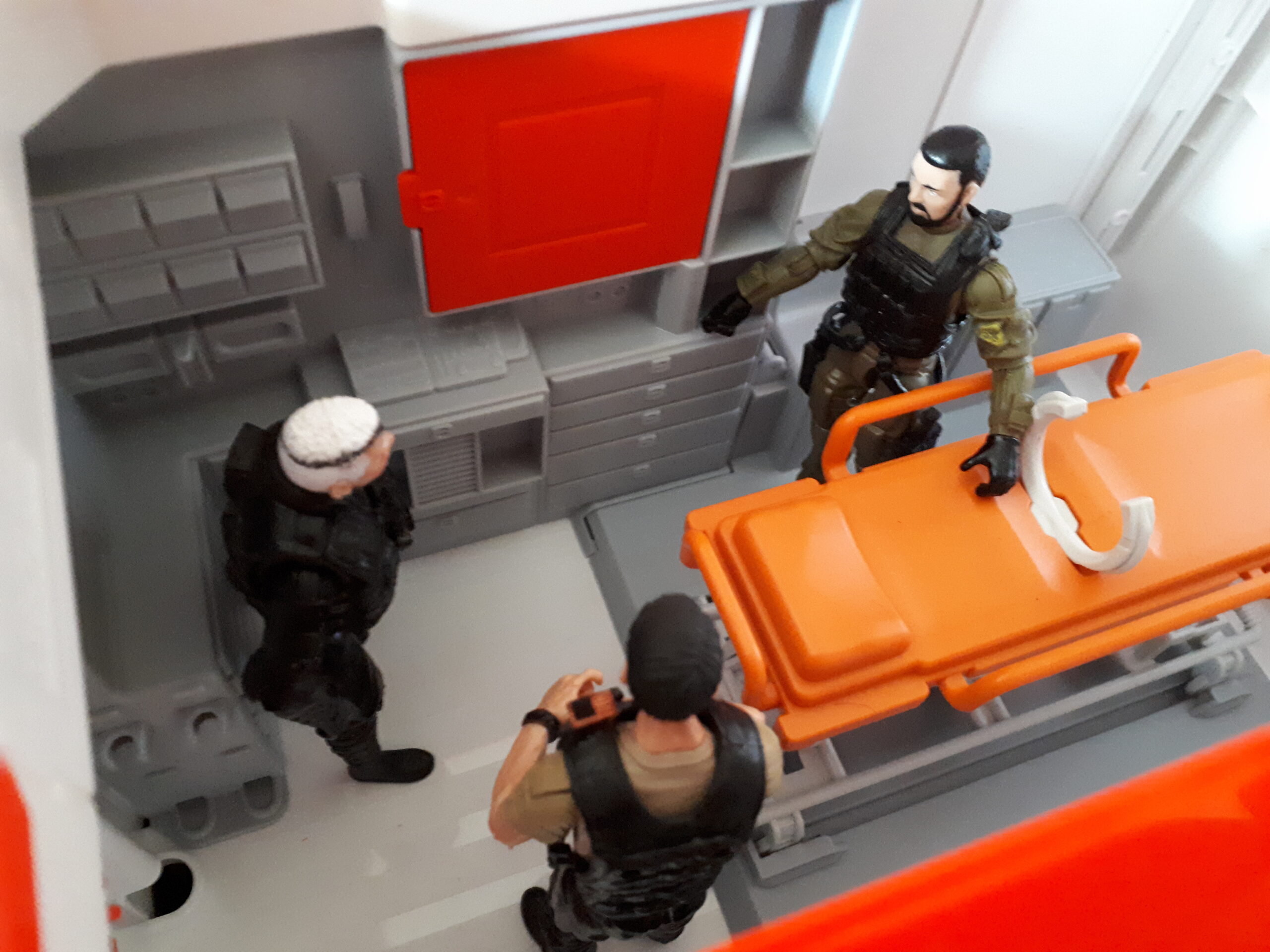 It certainly is pricey, but the quality is nice. The center white piece of the roof also pops off making for easy photographing on the inside. My plan is to have the ambulance double as a surveillance vehicle in my diostory and it makes it's debut in Issue #16. 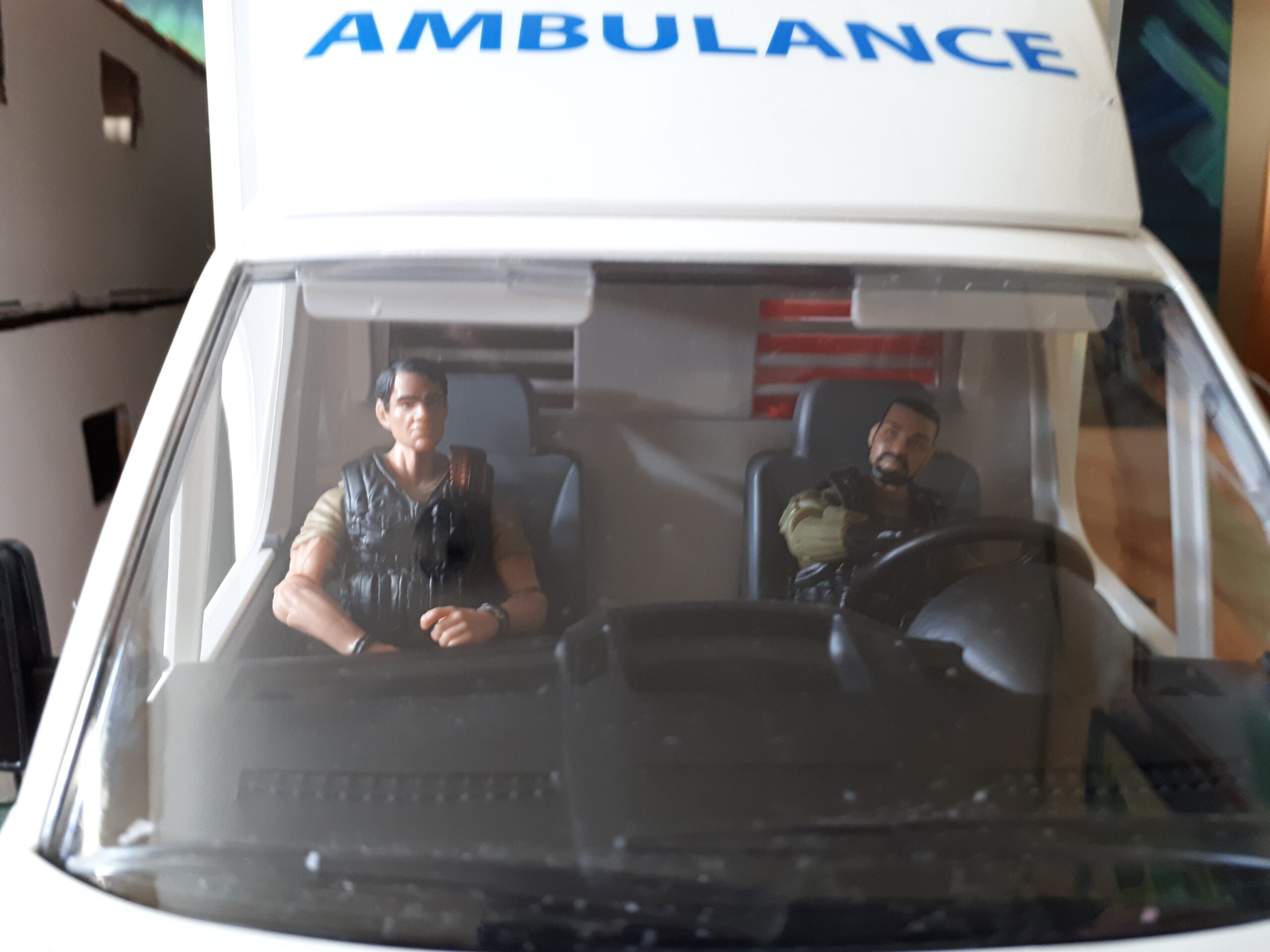 Here's a comparison of the ambulance to the Bruder Range Rover (which I suspect is 1/18th scale, but more on that later) 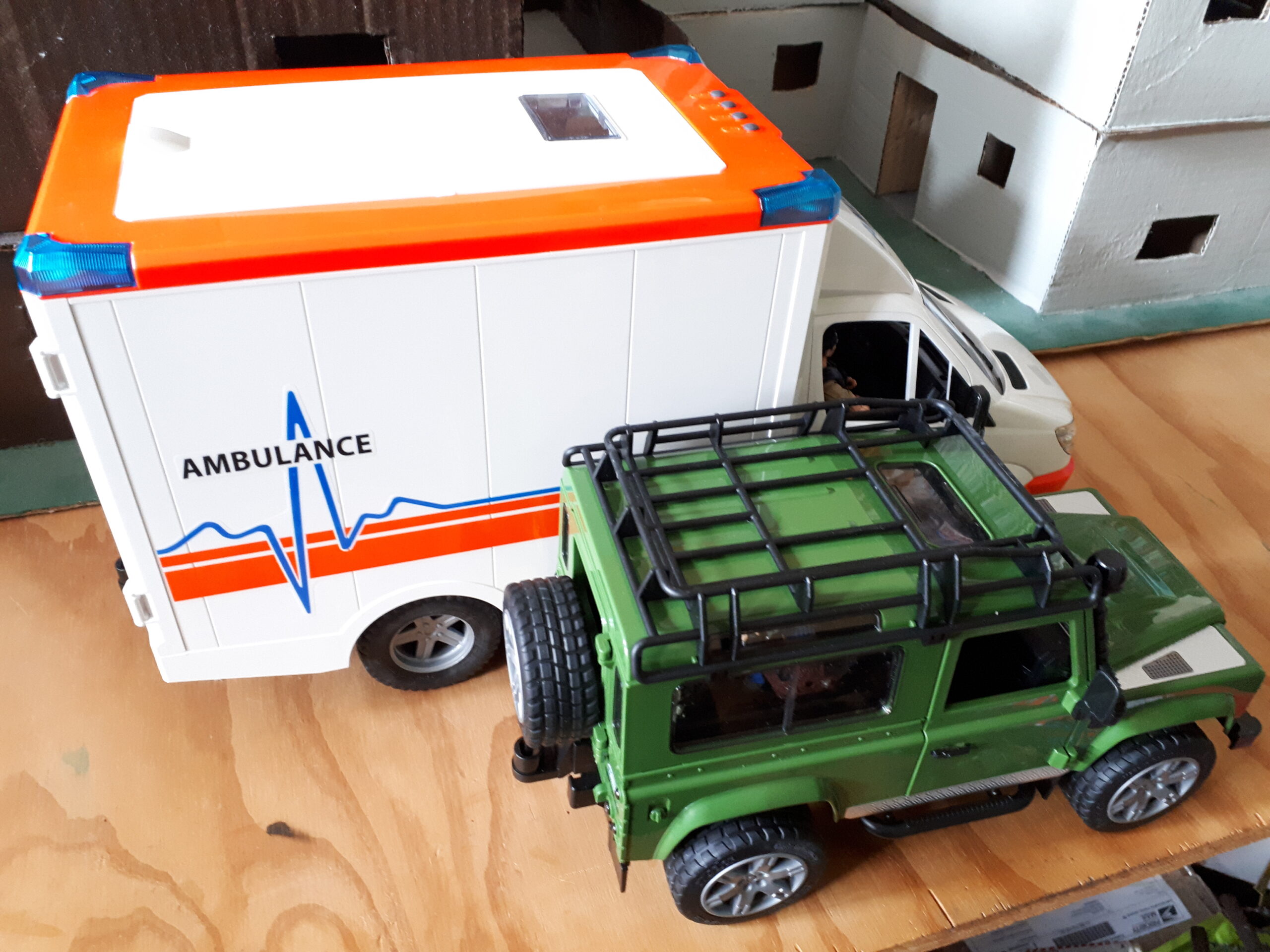 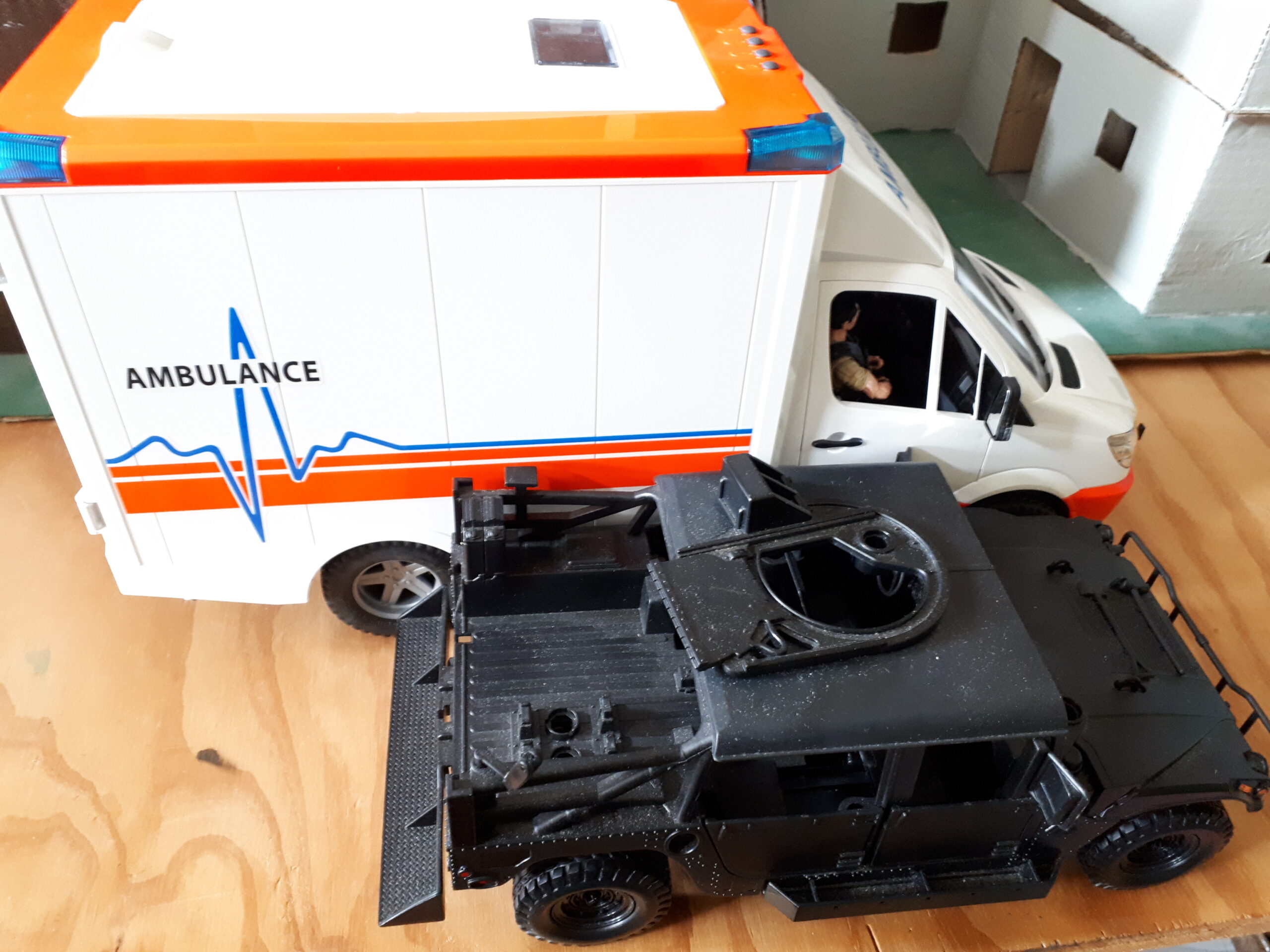 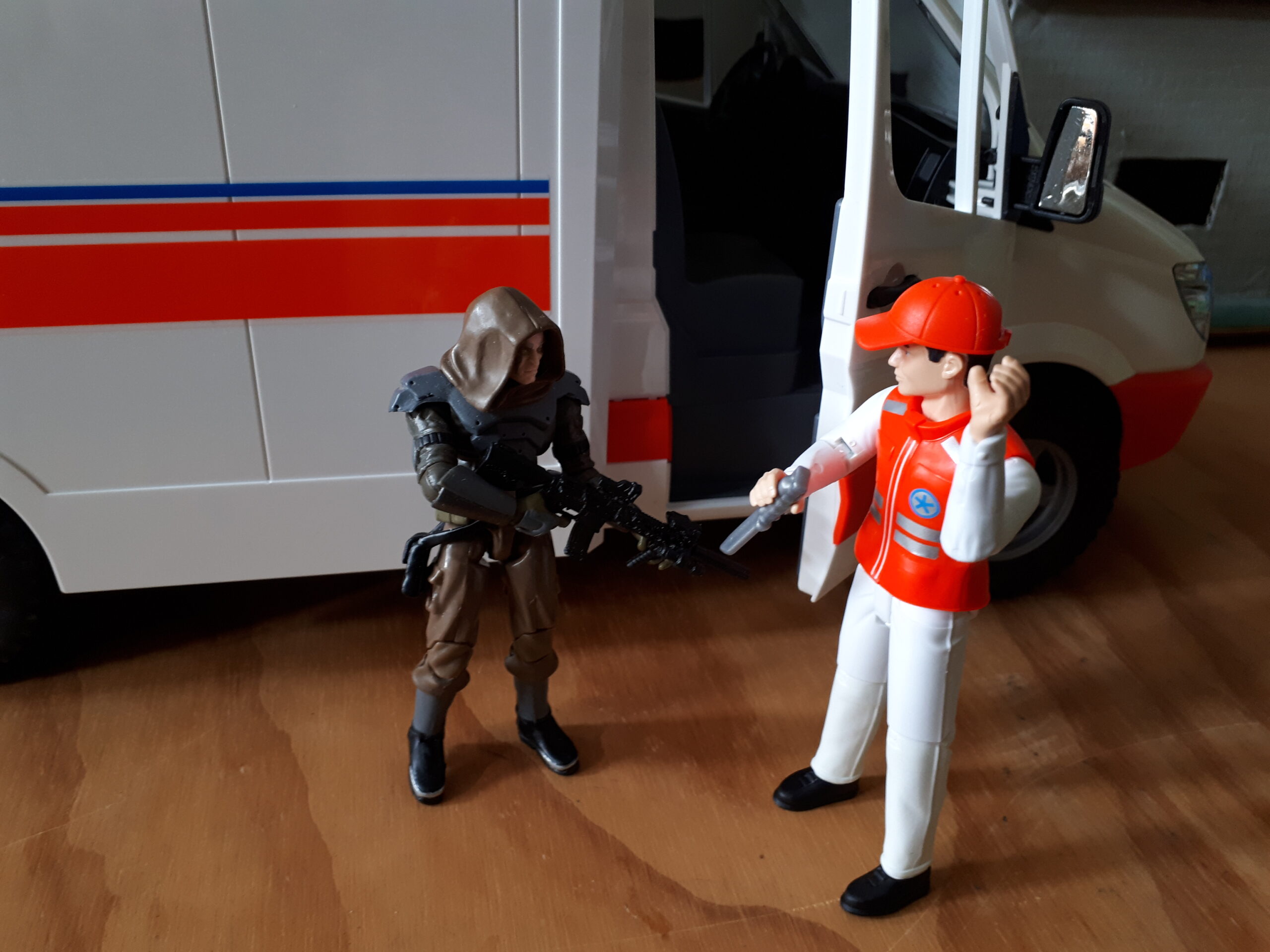 And here's a picture of the back of the Ambulance with the Bruder figure and a Marauder figure comparing the size of their knives. 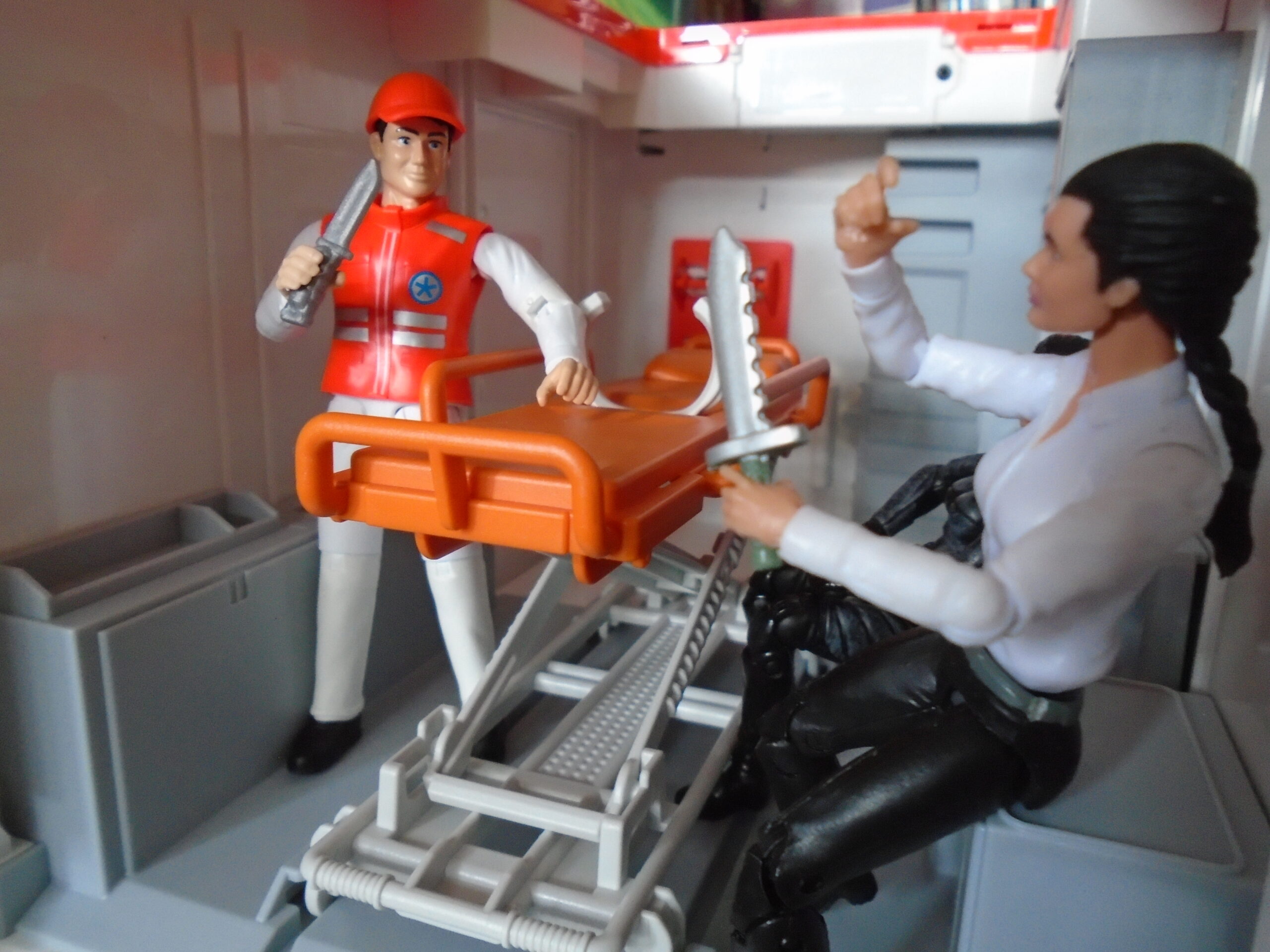 Notice there's still quite a bit of headspace for the Bruder figure, which really makes me think that the back of his ambulance was built for a larger scale than 1/16th. 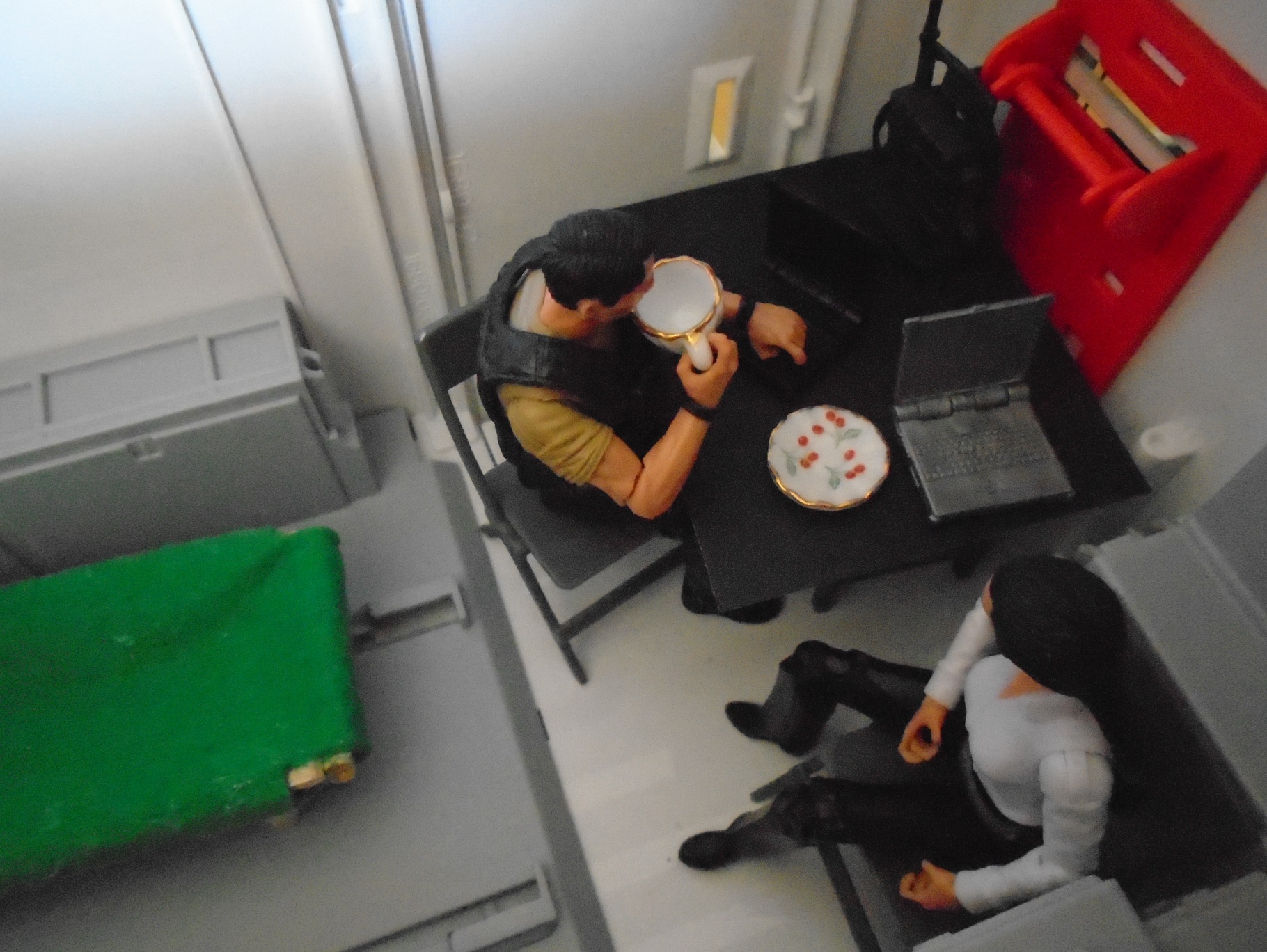 I just put in a table and that's a little cot there off to the corner. Since there was quite a bit of empty space the cot made sense, the guys could take turns napping if they were on a long stakeout.. 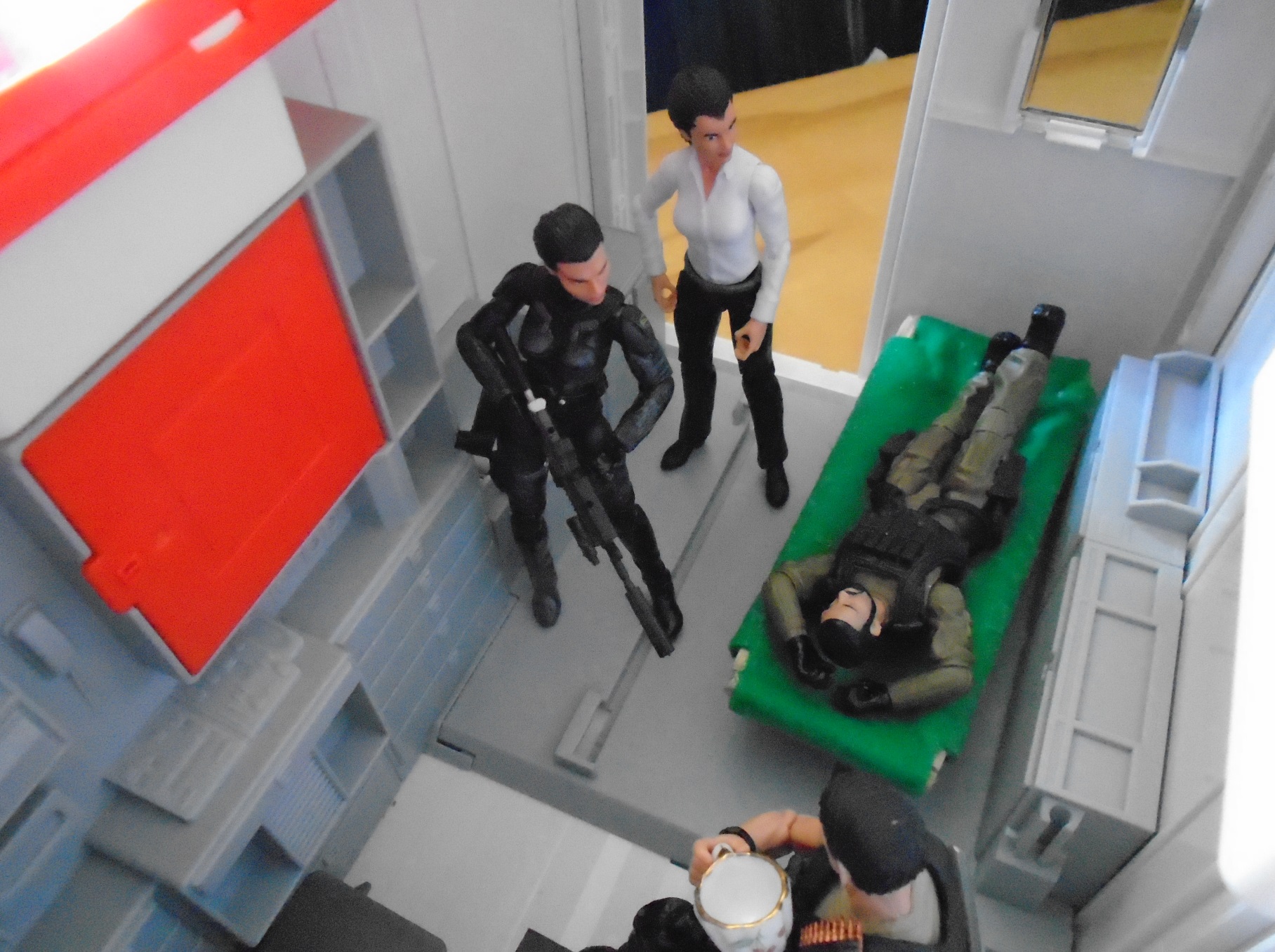 The ambulance makes its debut in Issue 18 and is used throughout the Colombia Chapter as a surveillance van.