So here is the Bruder Land Rover. I have seen a few reviews for these out for GI JOE figures, but figured I would do one too and provide that extra insight that I wish I had known when I was eyeballing this for purchase. 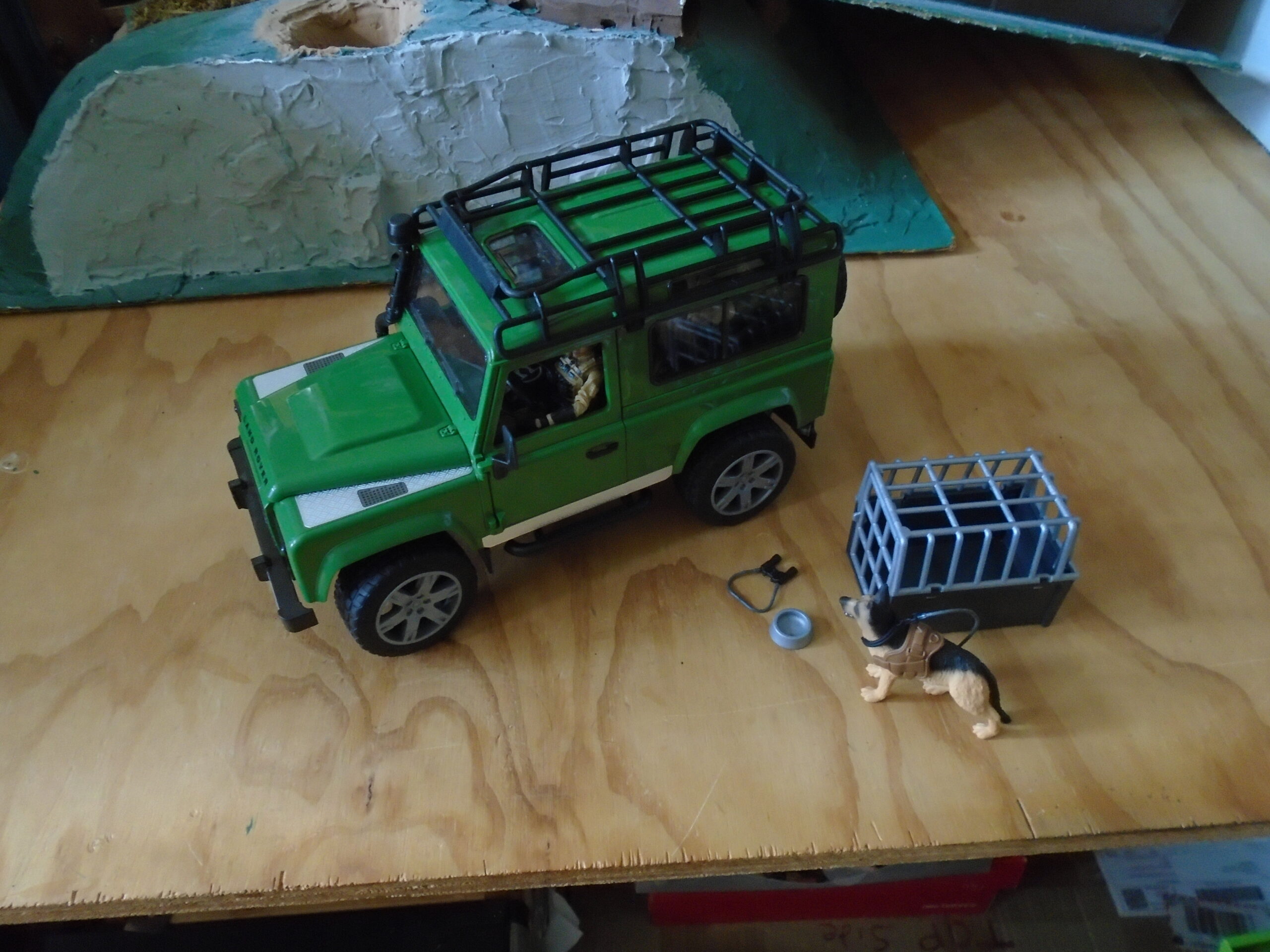 This particular version came with a hunter figure (inside the back), a dog crate, a dog, a dog bowl, a pair of binoculars and a rifle (not pictured).

From the pictures of the advertisements it looked like this particular version was not supposed to come with benches in the back, but to my surprise 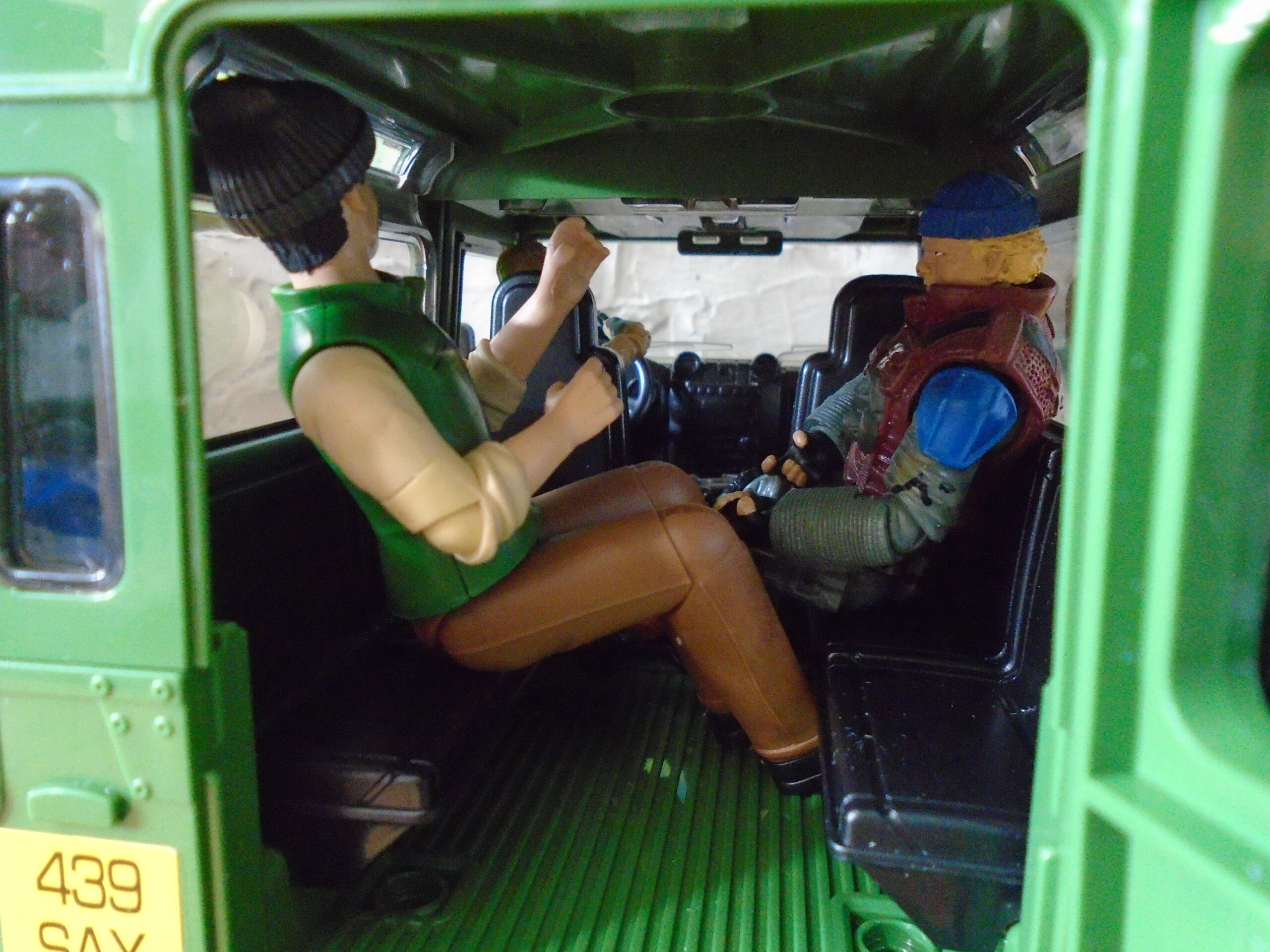 Benches! I was pretty happy about that because I didn't intend on putting the dog crate in the back at all, which you can't do if you have benches. I imagine the benches pop out but I haven't bothered trying. Note on the left we've got the Bruder 1/16th scale figure and yet he doesn't fit very well in that back seat. Though our GI JOE Low-Light figure fits perfectly. You can fit 4 joes in the back though it is a bit tight with the knees. 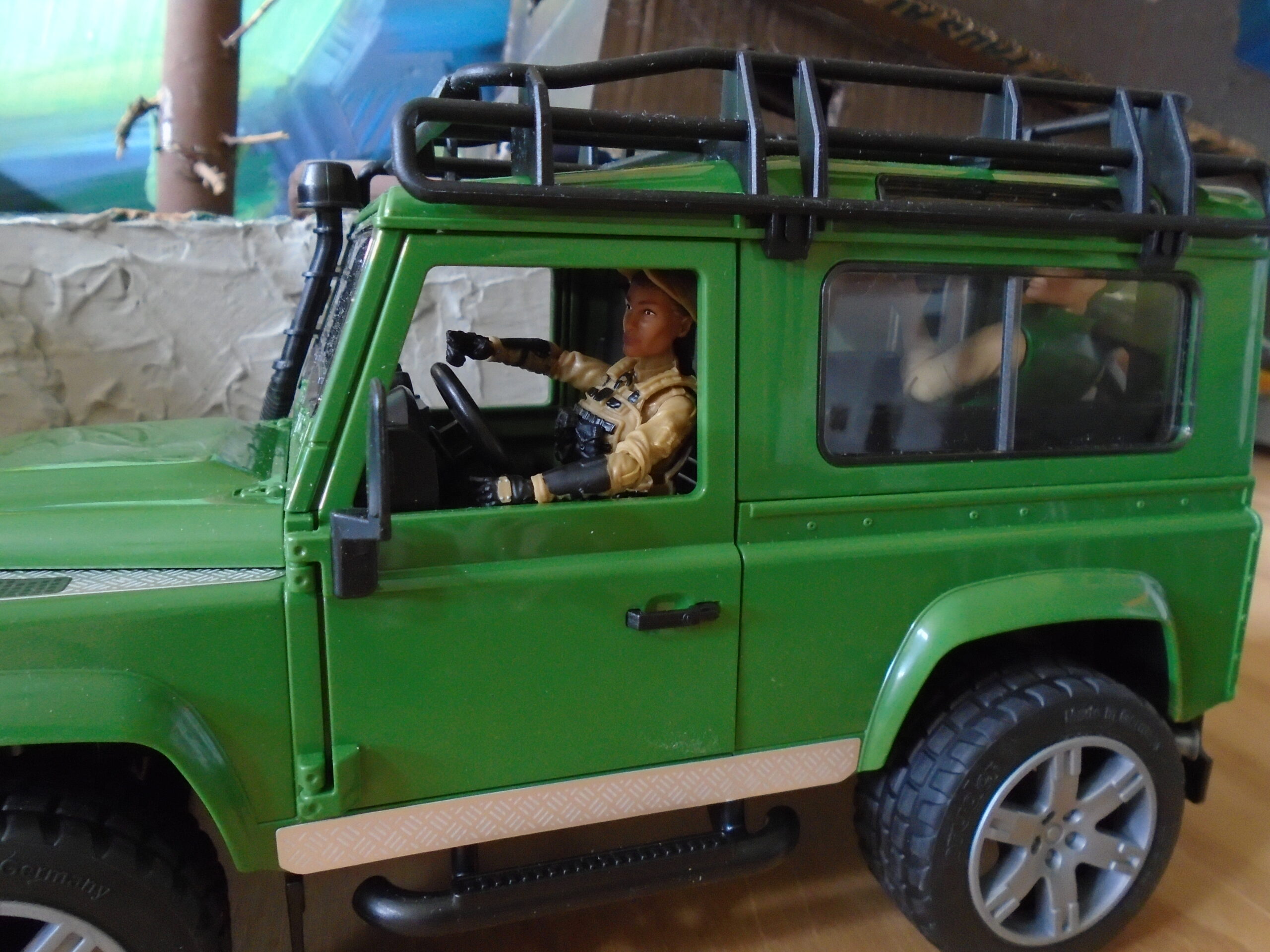 Joe figures look great behind the wheel, I would say the inside of the vehicle matches 1/18th scale figures perfectly, the only problem is when the figures are outside the vehicle. 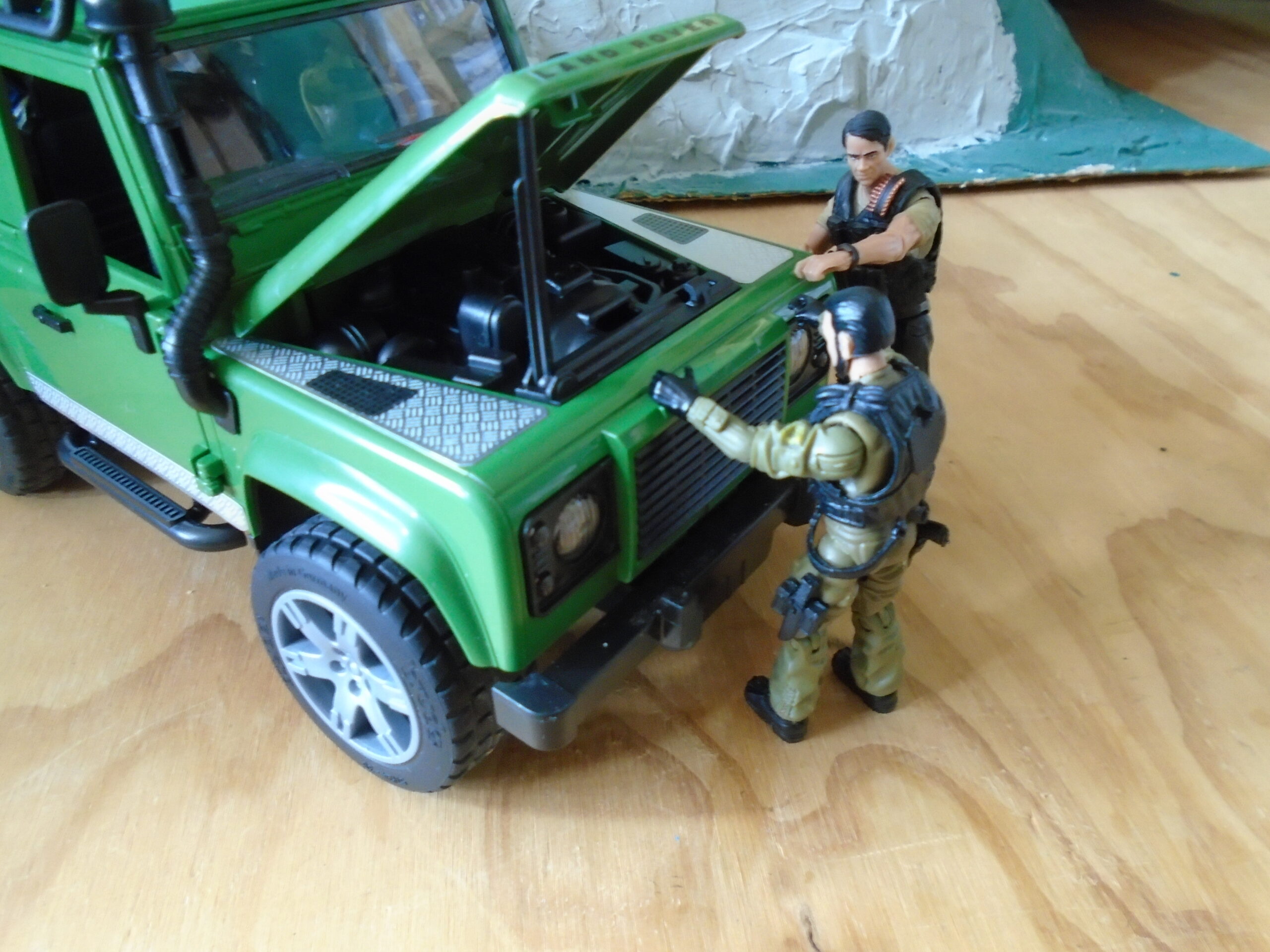 That's when the figures start to look small. If they had a stool or something they could stand on then they could reach inside and perhaps that wouldn't look as silly. 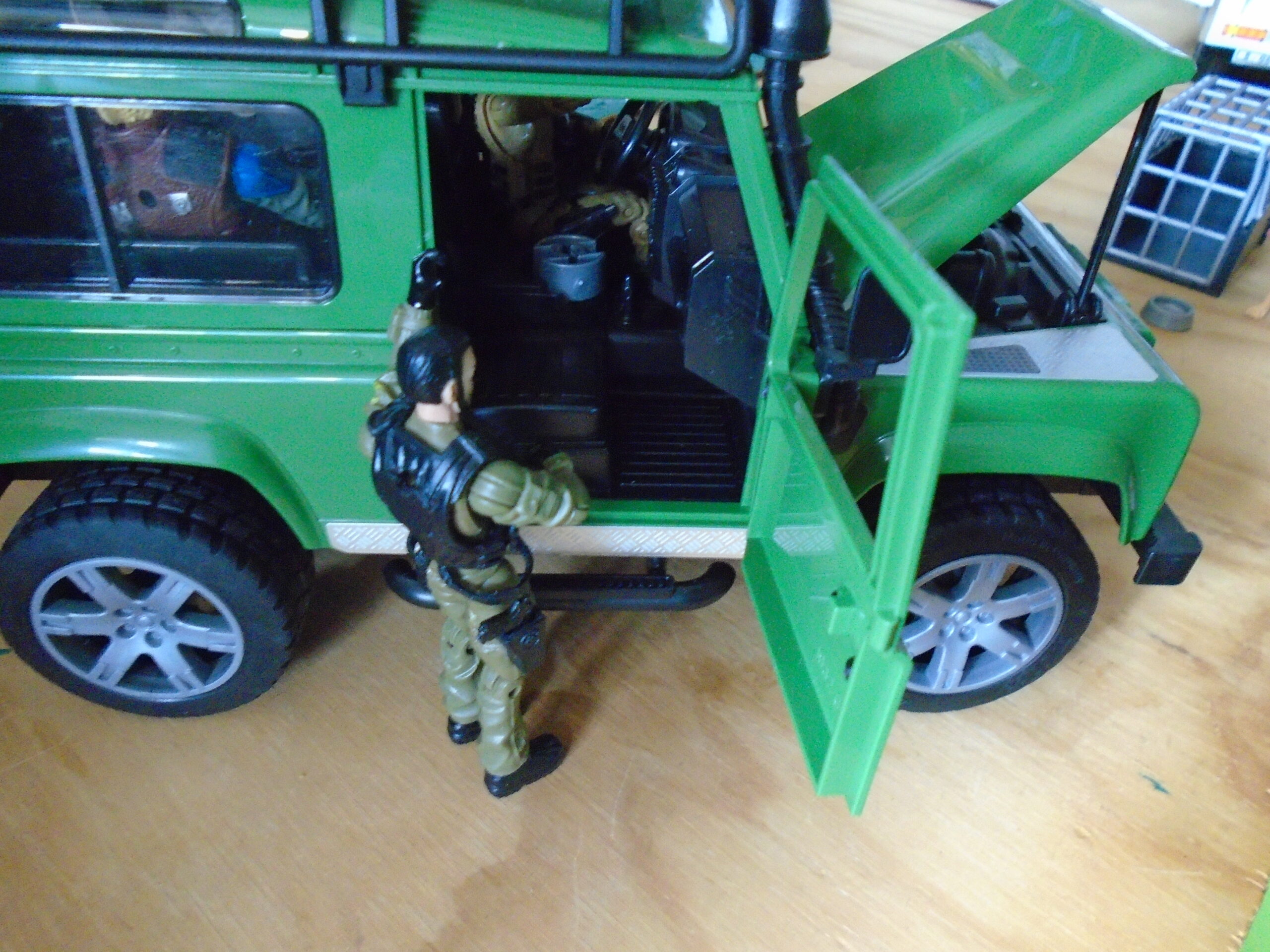 Here's another outside the vehicle shot. Not as bad at the door. There at least is the step up, which makes the vehicle seem like it's supposed to be higher up then a regular car. 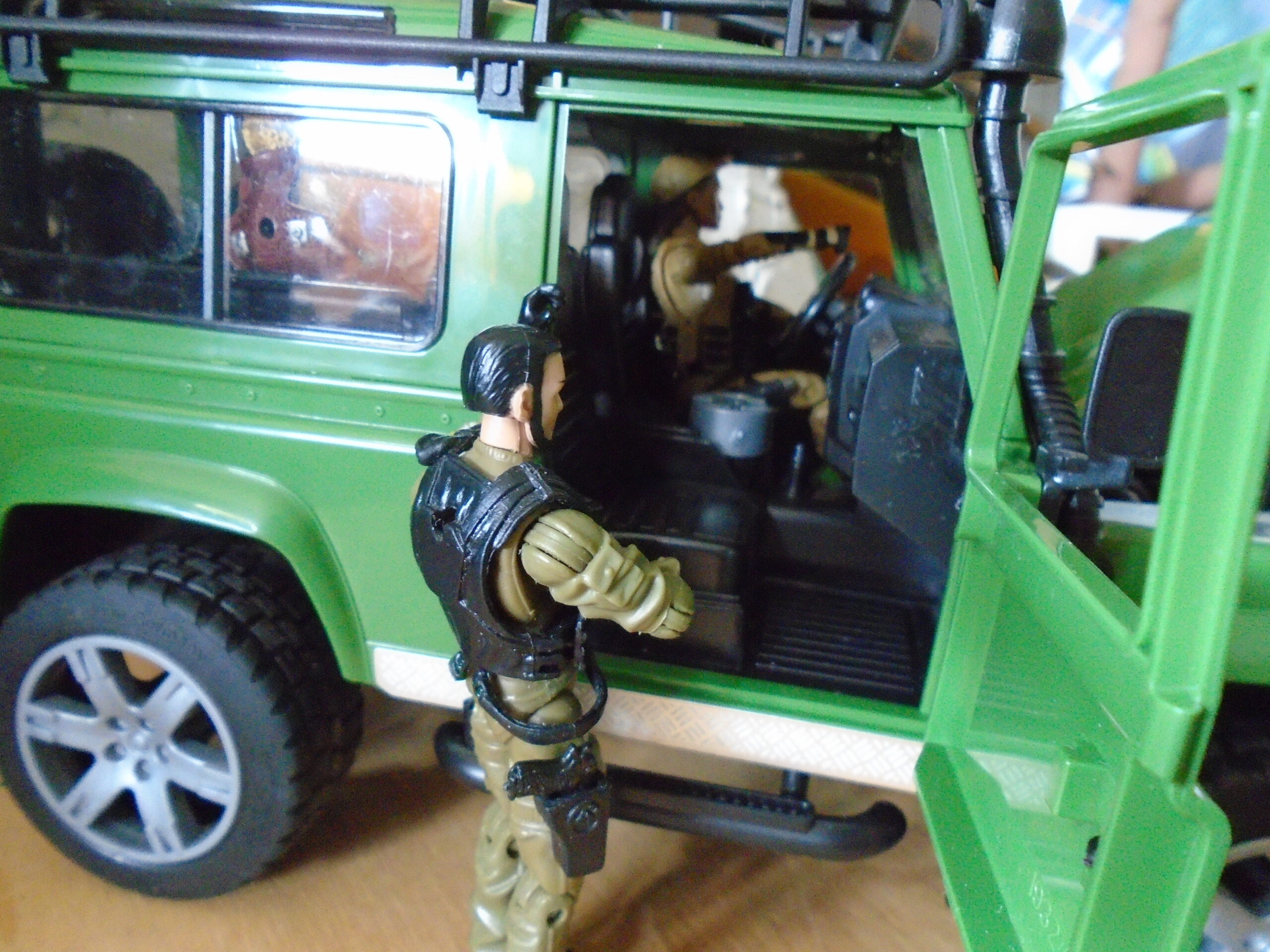 It is a bit pricey, but cheaper than the ambulance. I think scale wise it works fine, just watch those working on the engine shots. I don't know if mine accidentally came with the benches so if you buy the same package that I got, note the product images did indicate that there weren't supposed to be benches included.

I'm not sure which issue this will debut in (not there yet), but I could see this as a great vehicle to be driving around on jungle roads in or on the streets of a city.