I have been enjoying the quality of these Joytoy figures, so I have gotten my hands on some more. This is the 12th Peron Patrol, from the Battle for the Stars section. They didn't look too futuristic so I figured I could get away with having them as part of my IOM story. Mind you the guns do look a bit futuristic but that's easy to swap out. I also liked that they were all women figures each with their own unique heads. It's great how many women figures there are these days, GIJOE only ever had like 6, so it's definitely a different world now. 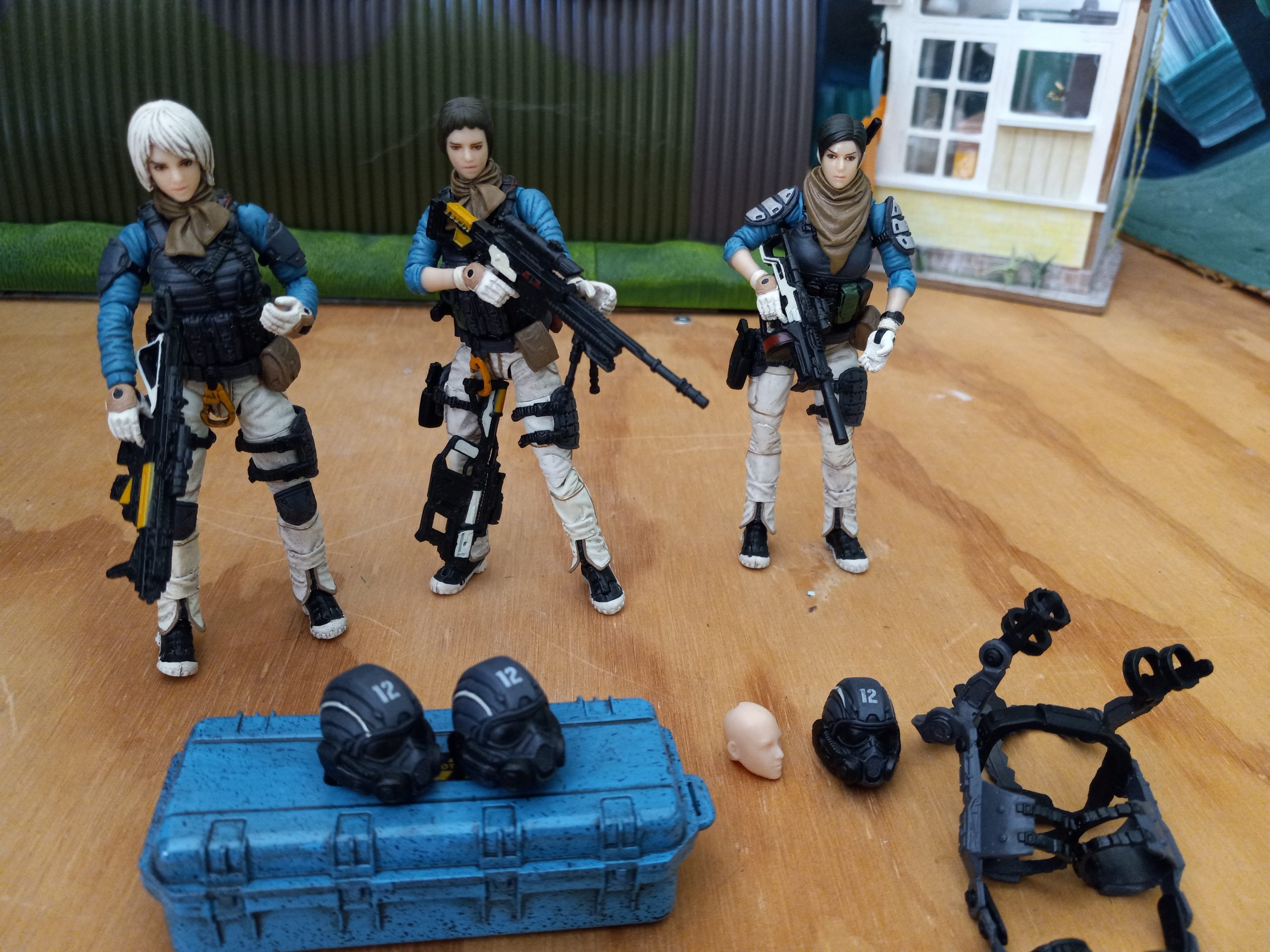 For the women figures it appears that Joytoy has two vest types, either it has a knife on right side or it has a radio on the back. Joytoy also has this obsession with covering necks with scarves. The picture above shows all the gear they come up with. I only put the one featureless head, but you do get three. You put those underneath the helmets instead, which is good because the helmets are tight on their heads otherwise and can scratch the paint when putting them off and on. The featureless heads make it so that you don't have to worry about it. They also come with that exoskeleton suit armor in the bottom right, but it looks kind of silly to me so I haven't even bothered to put it on. 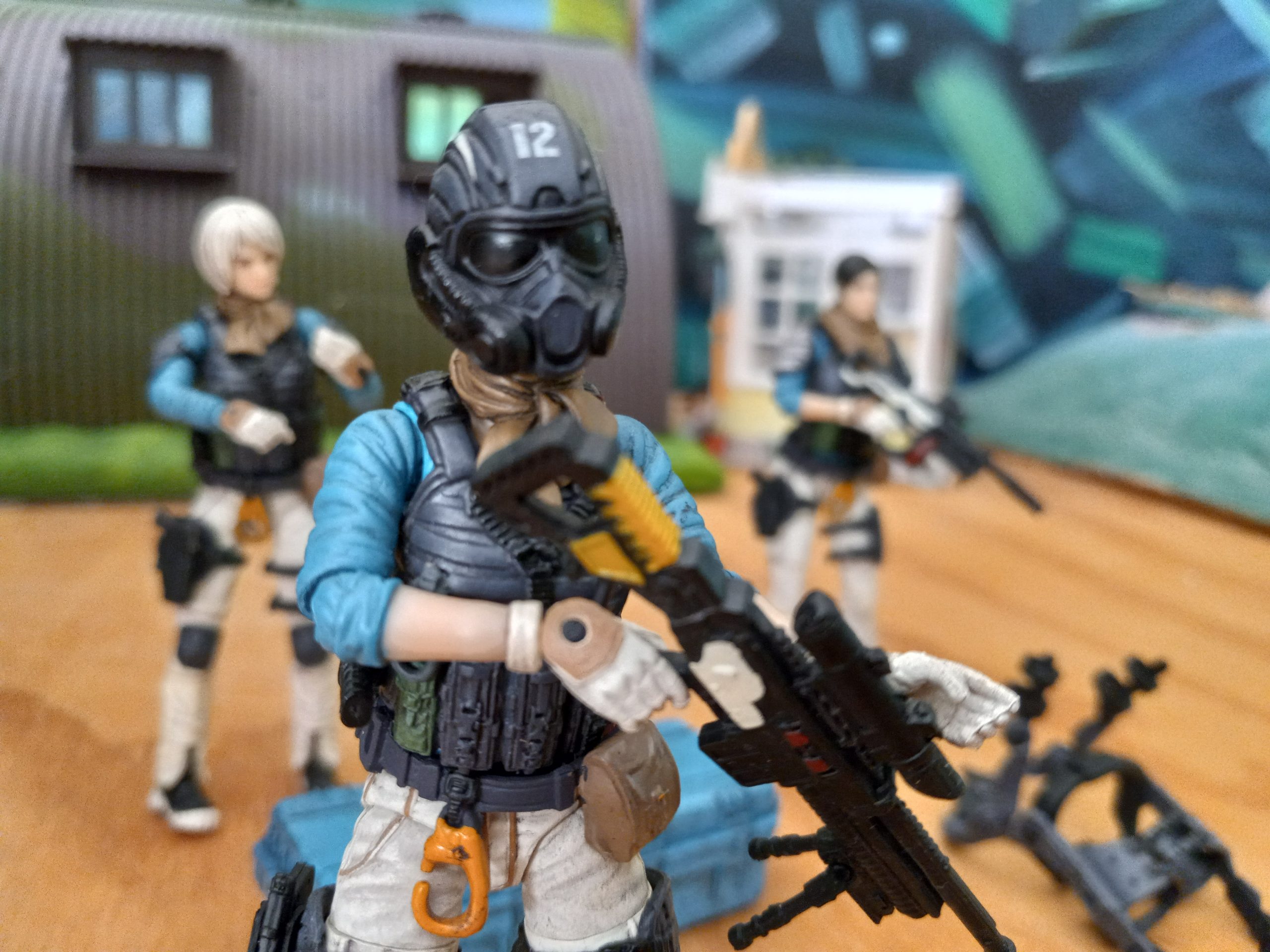 The helmets have a bit of the Steel Brigade vibe to them. Also note in the picture those clips that hang from the bottom of the vest. You can hang their weapons from there, though on a practical level I feel like having a gun dangling in-between your legs would hinder your movement. 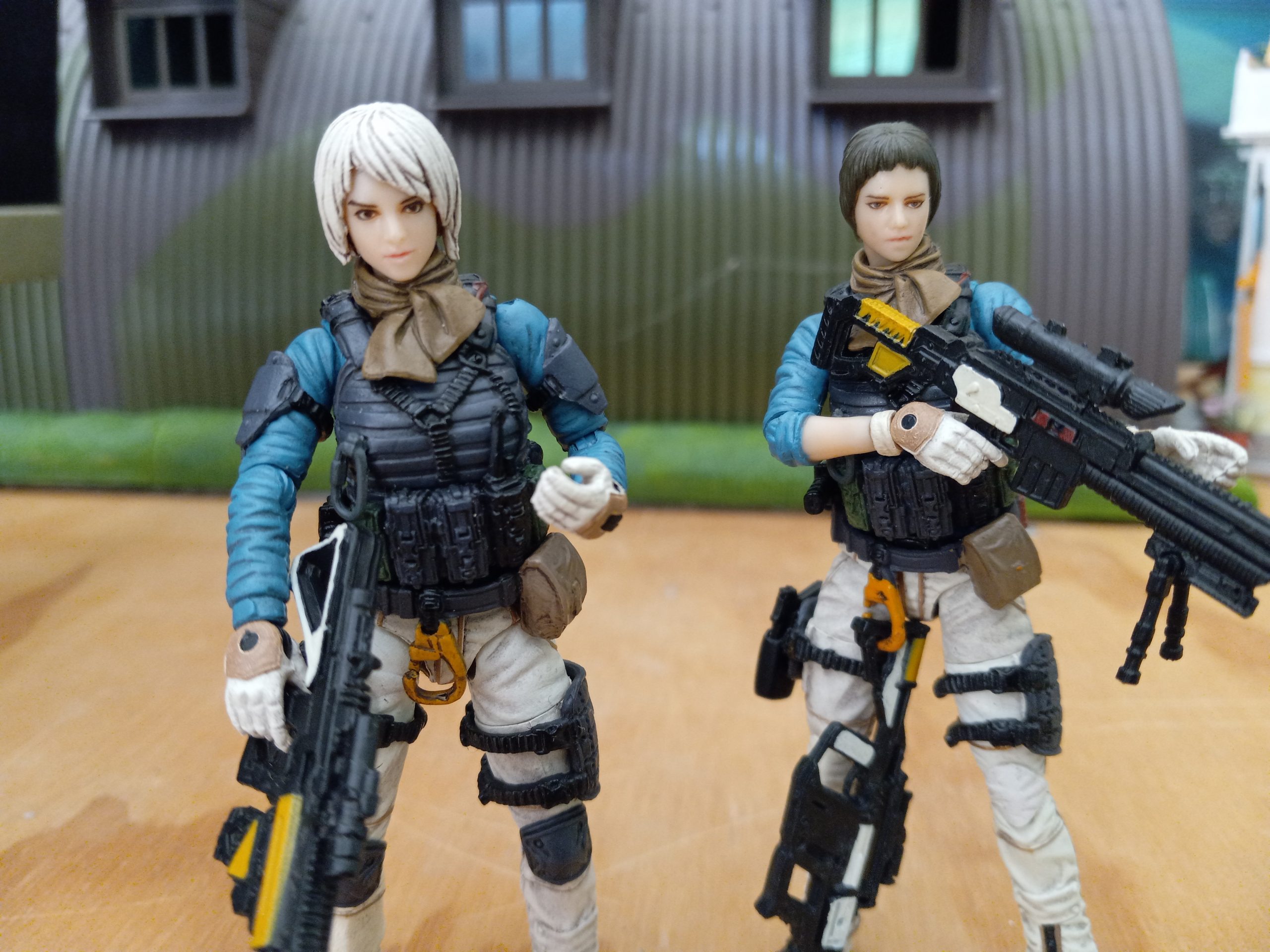 Here you get a bit better view of their head sculpts. I do like the white haired head, but the other head sculpt has an odd hair style. She also has a very remote expression on her head, perhaps that's why she should be the sniper. 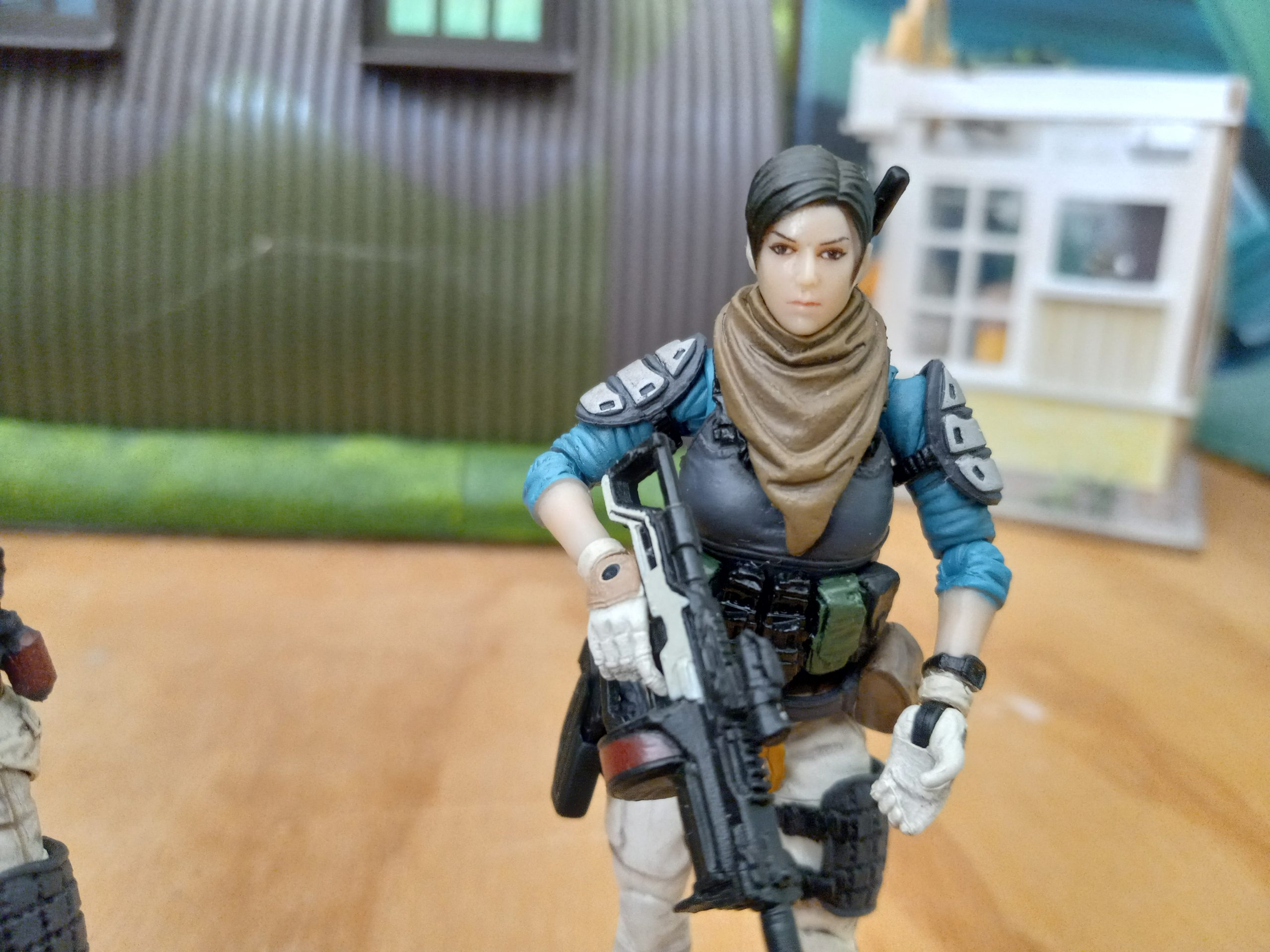 The figures also come with these strange shoulder pads, but they are removeable. I also like the head sculpt on this one too. 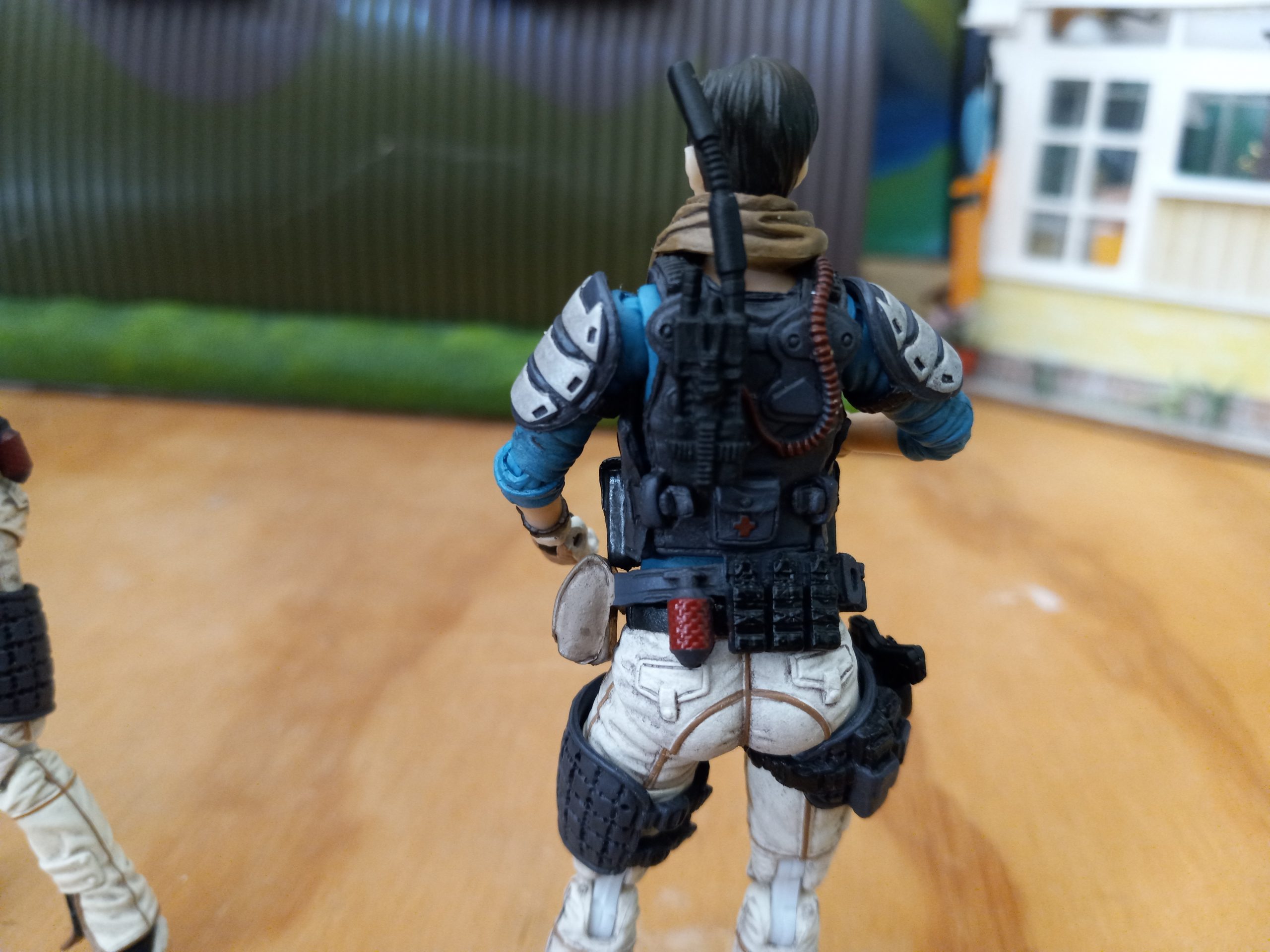 Here's a back view of the same figure. Here you can see what the radio looks like. It is stuck hard on the vest so you can't remove it easily. The detail on the vest accessories are fantastic though. 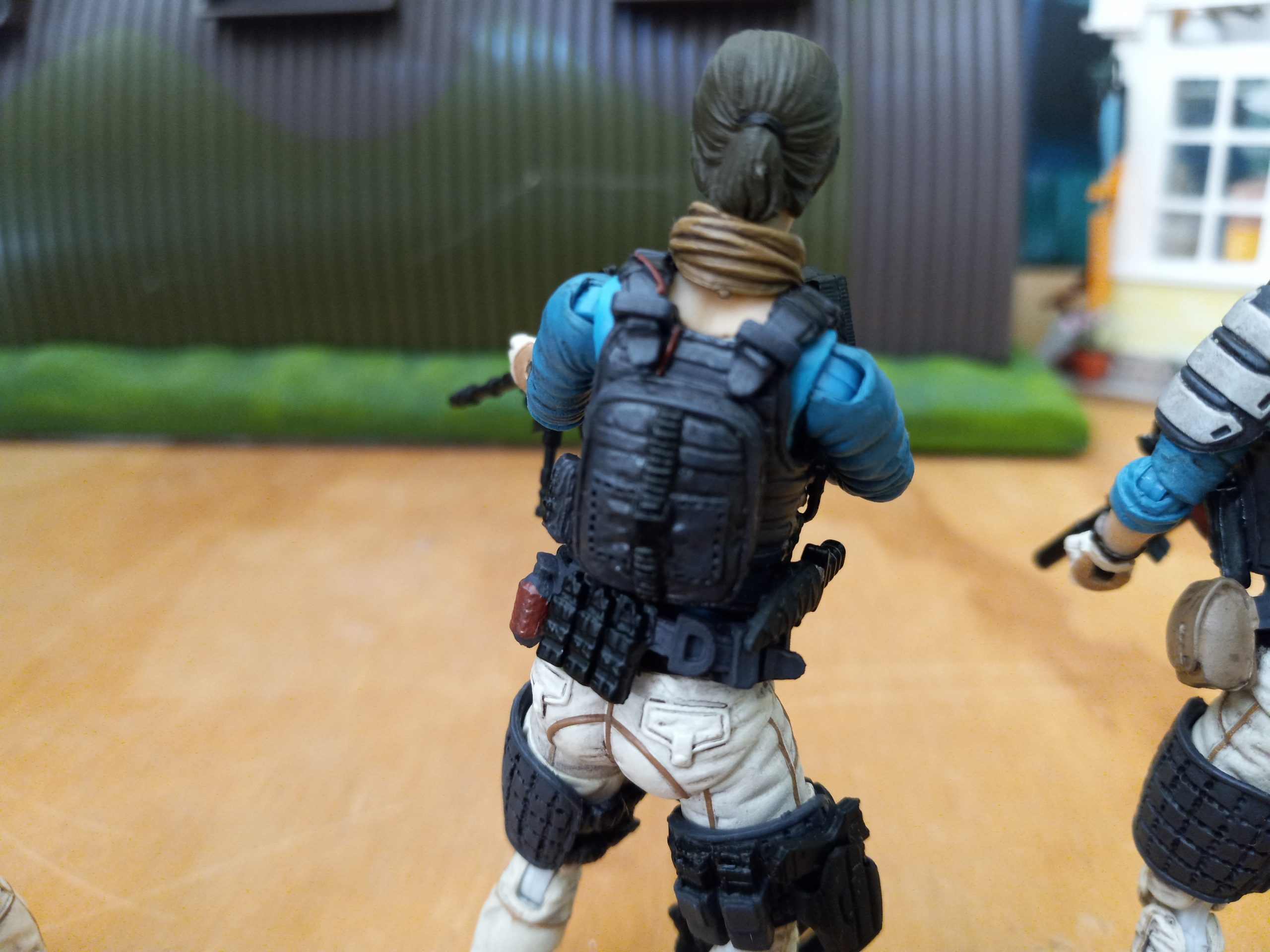 Here's the back of one of the other figures. You can see the knife sheath there on the side and the knife does come out. 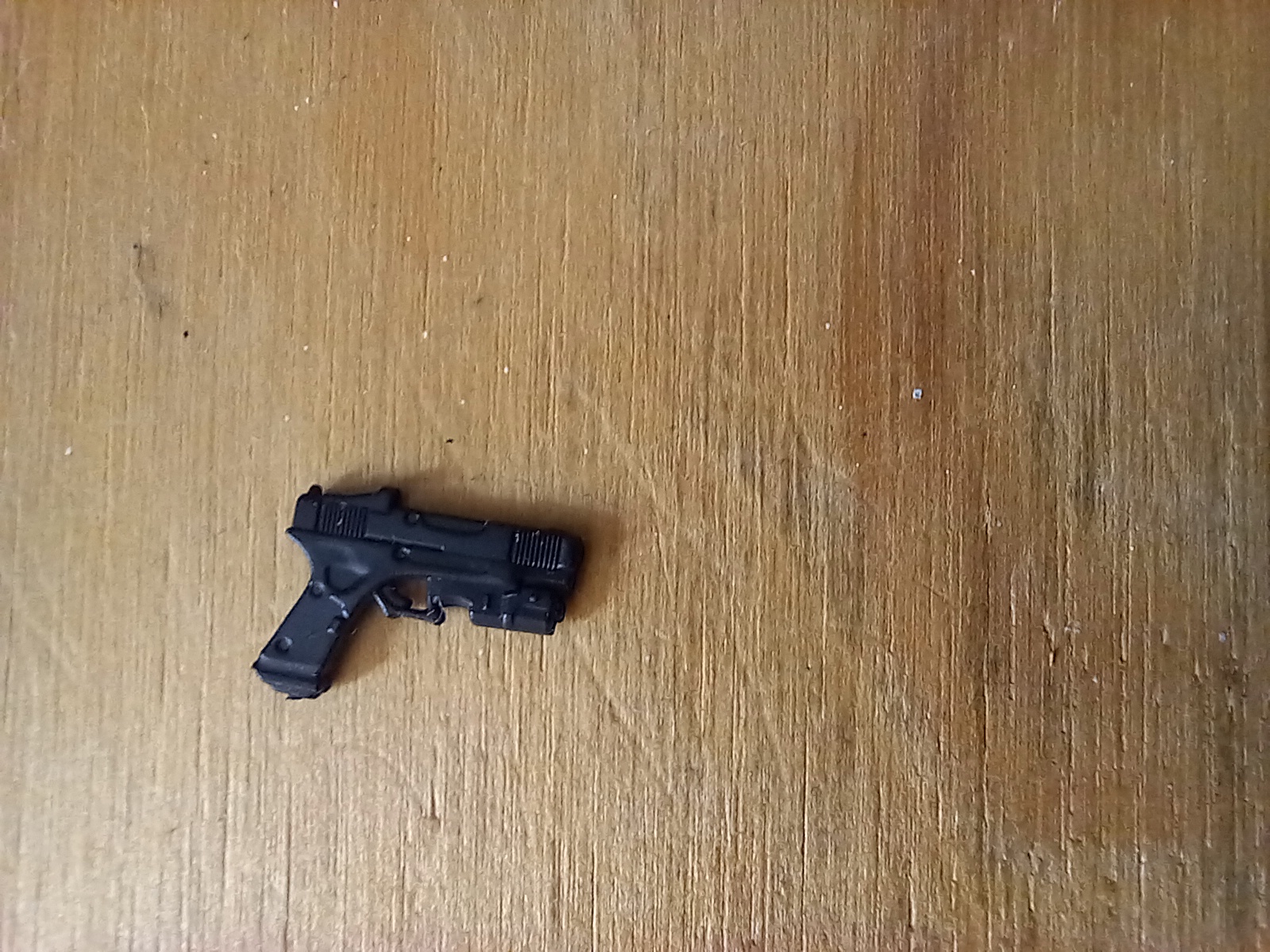 Then here is a picture of the sidearm that each of them come with. The handgun fits snugly in their thigh holsters. They are pretty nice and do look modern. 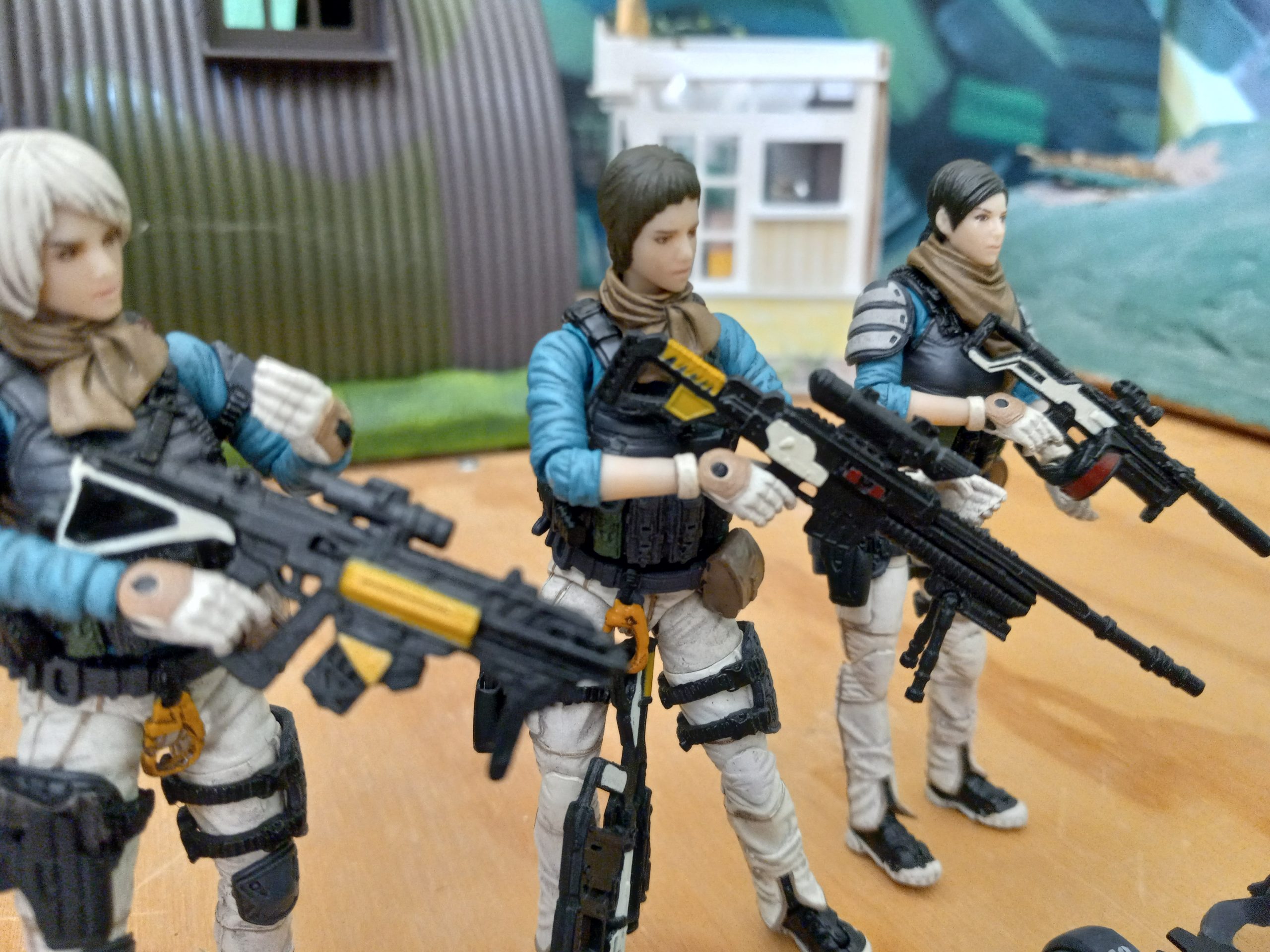 All in all I would say these figures are worth it. These figures are a bit trickier to find, but I managed to get these from Amazon for a little over $100. Though I think the intention was for them to be more science fiction themed, they definitely have modern day vibes as well. Their clothes aren't all that high tech, they are just wearing sweaters and slacks. Swap out their weapons for Marauder ones and you're good.