The next Joytoy figure pack I got my hands on was the PLA Field Force Team. They don't look like much at first, but they are nice figures. They pose very nicely and they have the toe joint which I raved about in my Russian Naval Infantry review that allows them to hold poses that you couldn't do with other figures. You get five guys who are mostly the same, but they all have quite different head sculpts. Most are wearing t-shirts, but there are different colours to help with differentiation and there is one guy who isn't wearing a shirt. 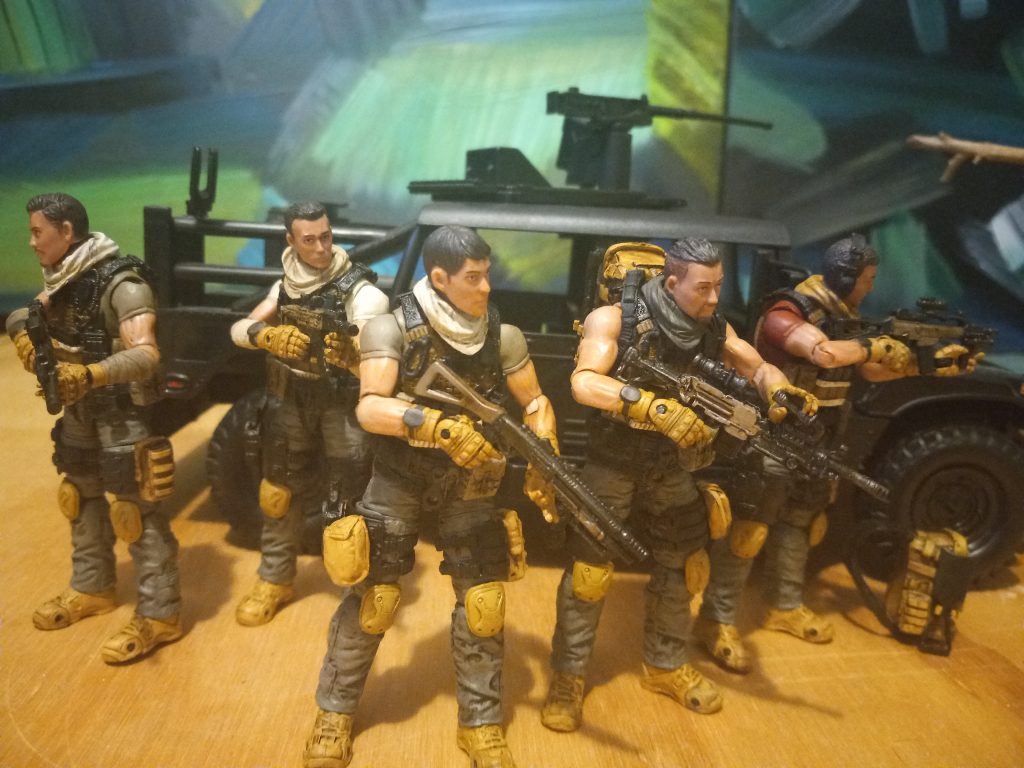 The vests are not bulky at all, only their thigh holsters would make it a bit difficult to get into some vehicles, but otherwise these figures are great. The part of these figures that doesn't make any sense is the weaponry. If these guys are supposed to be PLA (Chinese military) why are they using western weapons? There's a G36, two SCARs, the FN Minimi esque machine gun and the shotgun. Also their head sculpts don't necessarily scream Asian. 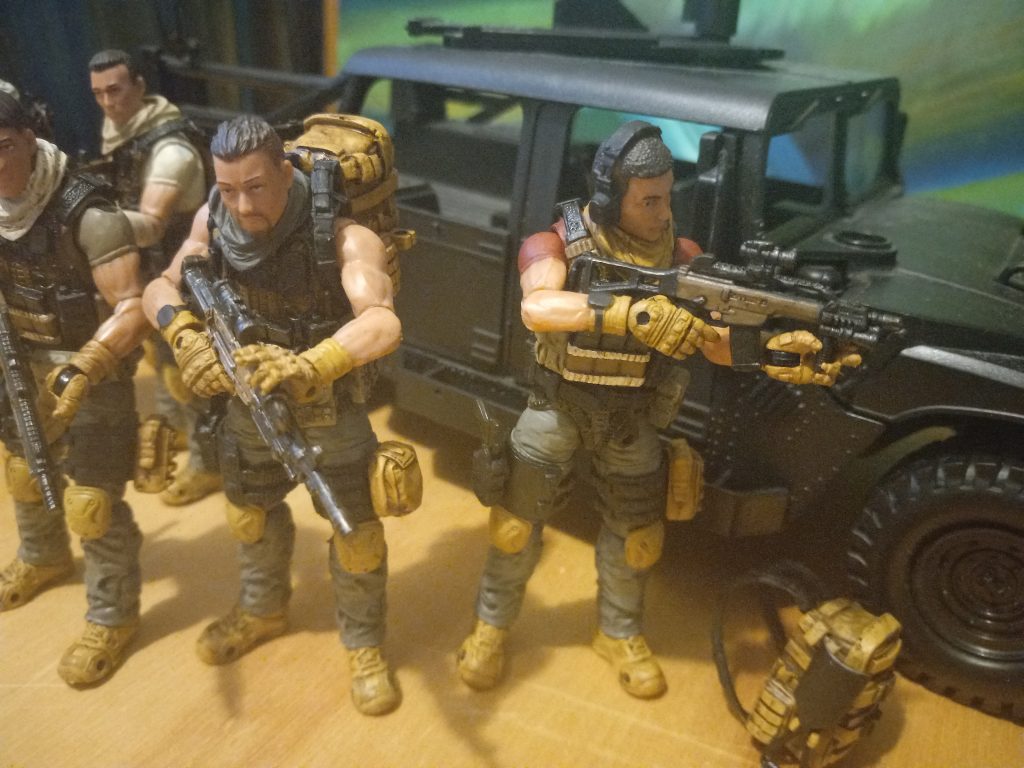 I think these figures would make great general contractor types, or anyone's military force that is operating off the books. My intention was to use these guys as Venezuelan Special Forces in my new upcoming chapter in my IOM Diostory. They also come with two backpacks, an entrenching tool and a nice handaxe. Each figure also comes with a thigh holster and a handgun. That shirtless guy with the machine gun is definitely the trouble maker of the group. 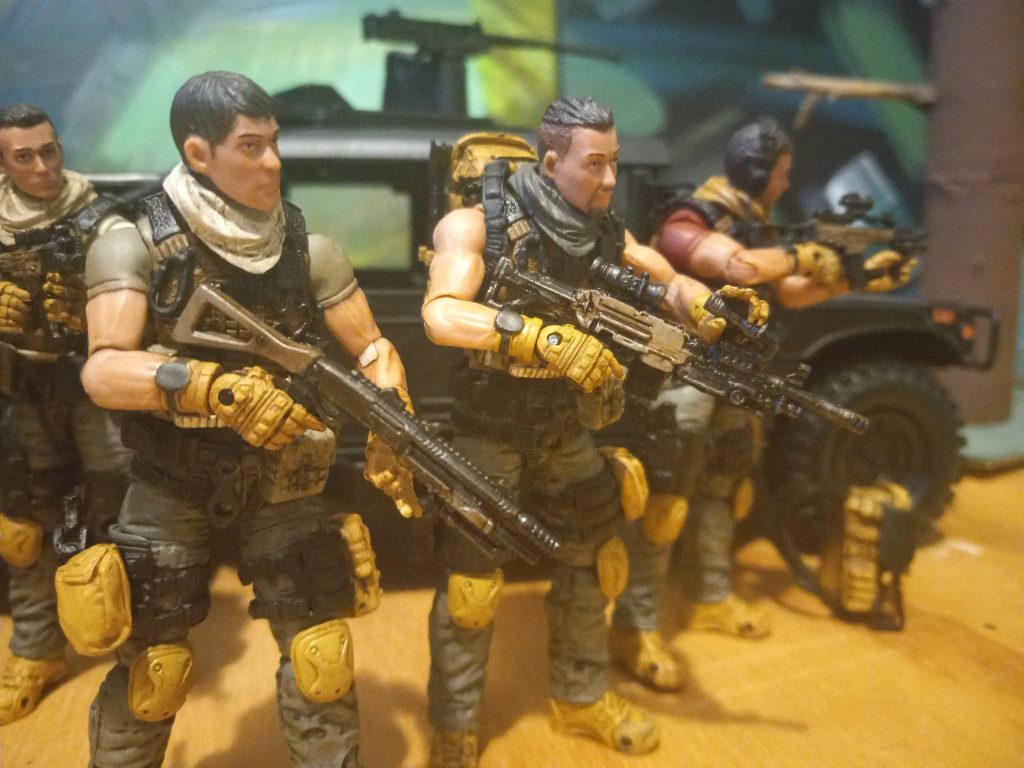 The guns do look good with these guys, even if the machine gun and the shotgun are also including with the Russian Naval Infantry. 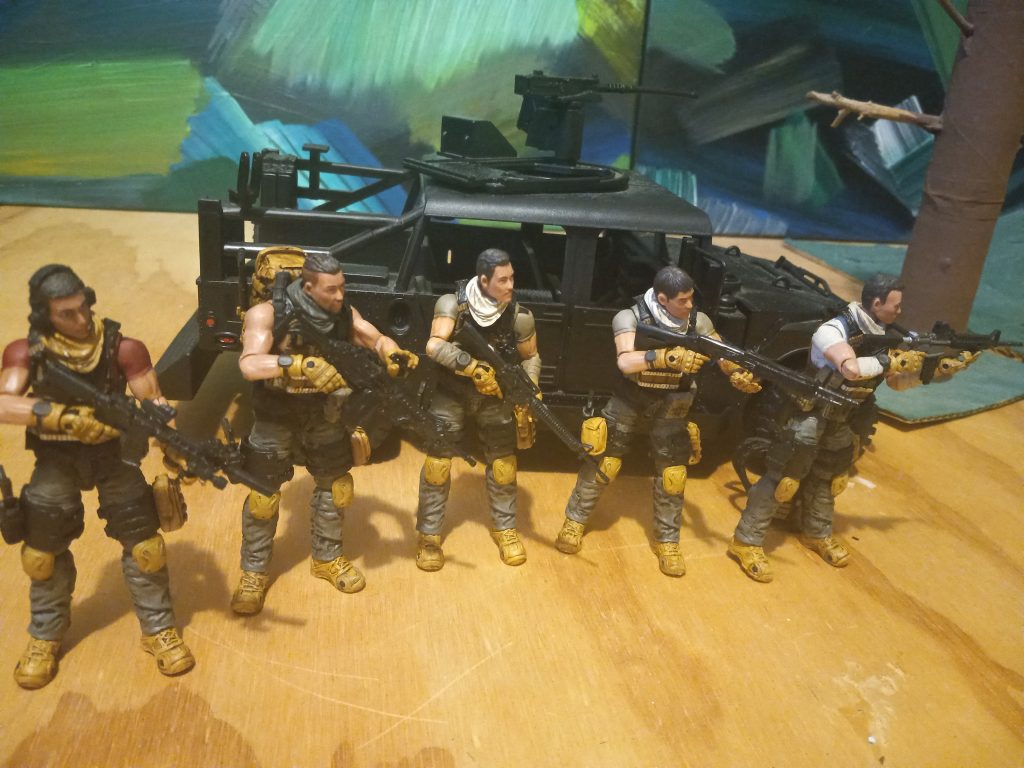 The colours do look better for the PLA guys than for the Russians. Here are some pictures of these guys carrying Marauder weapons. The paint apps on their original weapons really do look better. I had better break out the paints for the rest of my Marauder guns. 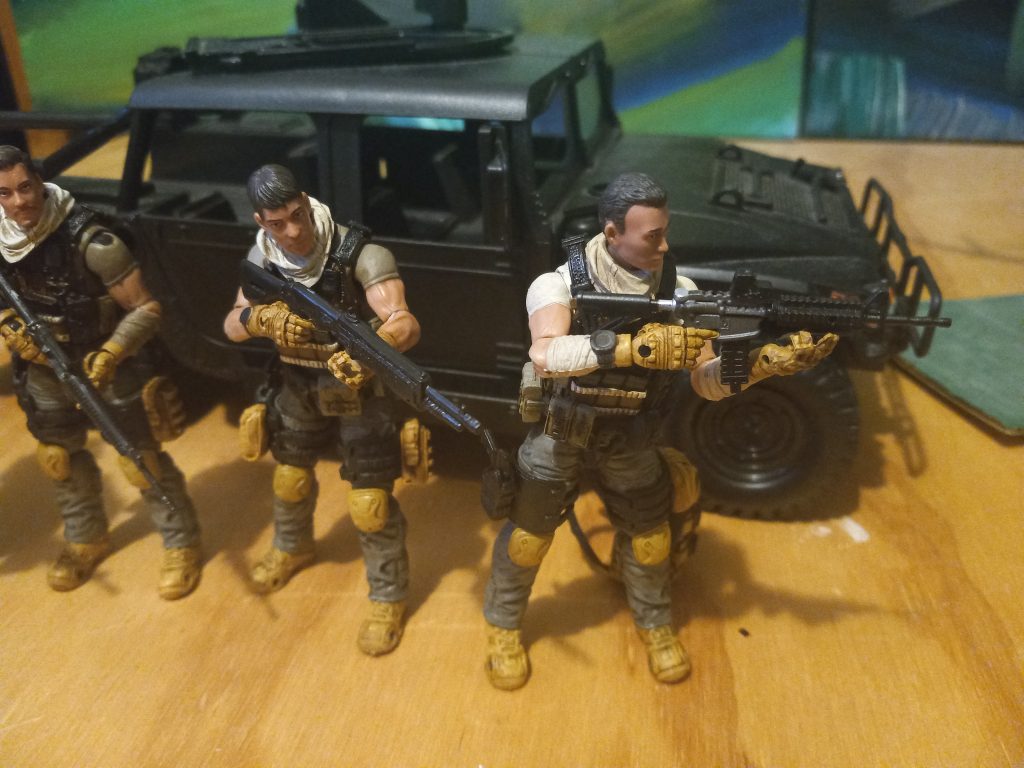 I was able to get these figures for less than $100 on smalljoes and I'd say that's a pretty good deal. The standard for 4 inch figures these does seem to be $15-20 per figure. 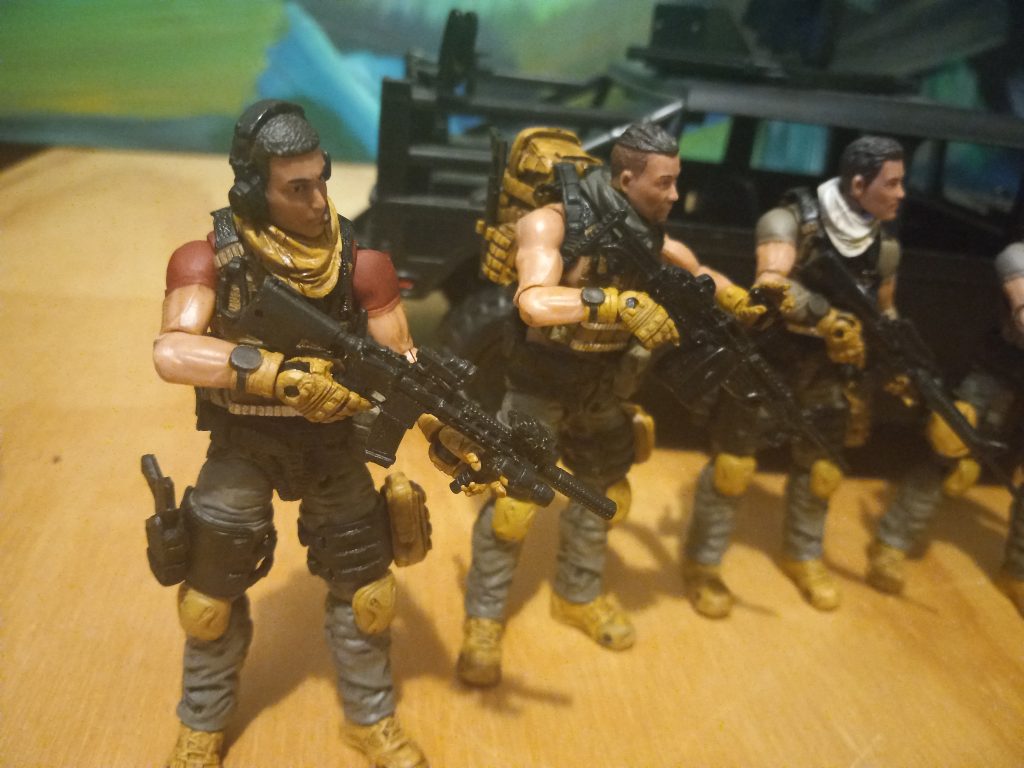